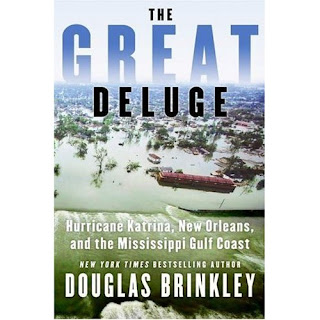 In The Great Deluge Douglas Brinkley succeeds in bringing to absolute clarity the devastation, human loss, craven indifference, and total incompetence of many, while celebrating the heroism, selflessness, ingenuity of others. In this long, but never dull, book, Brinkley tells the story of Hurricane Katrina and her aftermath. In piling detail upon detail he speaks volumes about both the strengths of weaknesses of our country. He shows clearly how many of us stood, and stand, by, watching and blaming the victims of this great disaster, while others disregarded their own personal safety and welfare to provide help and life-giving succor to those in need. 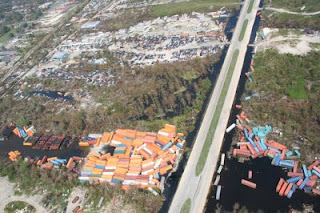 While bureaucracies fiddled, and the President and his staff went down in flames, individual people stepped in and created a massive rescue effort. It makes me uncomfortable to emphasize the role of individuals and private or corporate rescue groups, because it suggests that such efforts can ultimately replace the local, state, and federal governments in providing relief. Such is clearly not the case, when leadership at the top provides the impetus for agencies to marshal their efforts and jump into action. However, when government is more interested in covering its ineptitude and playing politics than it is in providing relief, we’re fortunate to live in a country where people step up. Brinkley portrays with novelistic immediacy the individual efforts of scores of people who saved thousands of lives.

Meanwhile, Mayor Nagin hid out in the Hyatt hotel, quavering in fear and refusing even to put in an appearance at the Superdome where thousands lived in need of assurance and h 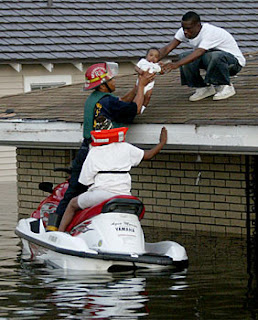 elp. Katherine Blanco, who comes across better in this book than she did in the course of the storm or in its aftermath, shows insufficient experience to take on a disaster of this magnitude. Michael Brown, too, does better than we have been led to expect by the events as we watched them from afar. Brown vainly sought to motivate Michael Chertoff, Director of Homeland Security, and President Bush to take a more active role in providing leadership to get buses rolling and guardsmen into the area in order to create order and move those who had no longer any control over their own lives. Chertoff showed cold, heartless indifference, while the President viewed from afar and did little. Brinkley clearly suggests that political maneuvering overtook humanitarian impulses, as the White House preferred to shift blame for its ineptitude to a Democratic administration in . 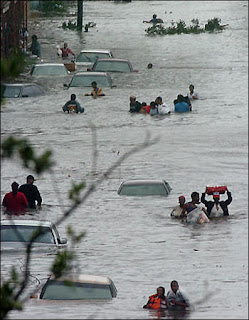 and defecating on the floors are too familiar to all of us. Less familiar are the tales of extraordinary courage on the part of individuals who just pitched in to help others regardless of race or their own personal safety. Imagine how many more lives could have been saved had the police and National Guard worked with such people rather than standing in their way as they sought to help. These stories truly leave room for hope about our human condition.

At times during my reading of this book I had to put it down as just piling the unbearable onto the unendurable. At other times, the sheer number of stories sometimes numbed me to the enormity, much as individuals caught in the midst of the hurricane and flood must have been. Other stories brought me to tears as I tried to empathize with the disaster. This book stands as a must-read for anyone interested in coming to an understanding of the human tragedy that hurricane Katrina visited on the , , and our country. 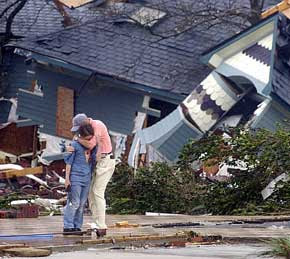