Here’s the scenario: Renee Wilson, a grandmother who has taken in her four cute as button grandchildren because their mother can’t raise them, lives in a ramshackle house trailer which she fears will leak buckets every time it rains. She is nominated as a candidate for Extreme Makeover – Home Edition by two of the children’s teachers and is chosen to be given a new home. The show’s producers send her and the children to Walt Disney World for a week while they construct a brand new 3,400 square foot home for her on the site of her former residence. Local builders and businesses provide the labor, materials, furnishings, and landscaping to give Ms. Williams and the kids a dream home. The commu 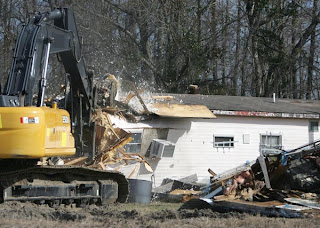 nity rallies around the project providing everything she could need, including college scholarships for the four kids, when they graduate from high school. According to North Myrtle Beach on-line, “Renee Wilson and her four grandchildren not only got a great new home but the funding necessary to pay taxes, insurance, utility bills and maintain it for years to come thanks to the generosity of local people.” What could possibly be wrong with all this?

and the communities around it, generally lumped together as The Grand Strand, have been breaking their arms patting themselves on the back for the past two weeks. The Sun-News offered this: “"It was a rewarding experience to see everybody in the community coming together to love and share with a family in need,” Diana Ray, owner of Garden City Furniture said.”I think it speaks to how we need to reach out and love each other a little more and try to help those who are trying to help themselves." A local restaurant chain set up a support tent to provide food, drink, and a resting place for workers on the project. I was in Books-A-Million while three people pushed a cart through the store, spending $500.00 to provide books for the family. They had been prepped about the kids’ interests and were carefully piling up books, taking care to get plenty of mileage for their money. A concrete contractor poured the cement and got plenty of recognition, as did each of the other contributors to the project. And they deserve the recognition. So, I ask again, what could possibly be wrong with all this?” 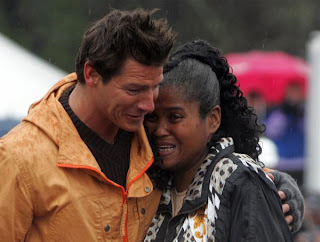 and the Grand Strand represent perhaps the most middle class of all American resort areas. Spreading over a length of about sixty miles north to south, the Grand Strand offers accommodations from luxury to low-budget, high rise to campground. Rentals in houses, apartments, condos, and condo-tels come in all price ranges. Known around the world as a golf destination, golfers and beach lovers flock here in great numbers through at least ten of the twelve months. The crowds of people flocking here come in all colors and speak many languages. Where do the service people to support this structure come from? Many are poor, black women who must ride buses for up to two hours and pay hefty fares to get to their menial jobs. Making a good living here for poor people is difficult, at best. The boom of inexpensive building has been fueled by an influx of Hispanic workers.

As I watched the excitement development in local media concerning this event, several questions came to my mind. Since there was lots of local television coverage of the build, I was able to observe some, too. My questions:

· Where were the black and Hispanic faces in the work crews on this building? Watching the progress each morning on WPDE, I saw loads of happy white contractors congratulating themselves for their work, but not a minority face in the bunch.

· How will this "build" affect efforts to improve housing the large number of similarly situated people in ? WPDE ran brief piece on this issue this morning, but unless the behavior of local people changes as a result of this effort, it's nothing more than a feel good story for commercial television to exploit.

· What does Extreme Makeover do to affect institutionalized poverty, racis 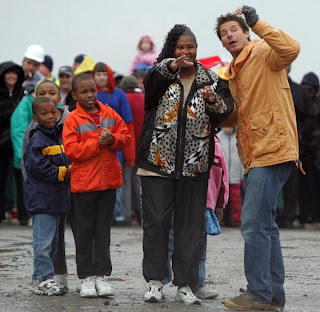 m, and classism in our society? How have local institutions been challenged to continue a program of helping poor people get homes? Habitat for Humanity accomplishes such goals without government interference, but I doubt Extreme Makeover provides anything real or lasting to communities. I suspect it only provides a feel good experience for viewers who can feel better themselves for having watched it. Nothing is done to challenge the institutions of society to make housing and life better for poor people.

If fails, people will find ways to show that it’s all her fault, after all, the community “gave” her a chance and she blew it. But what has been done to give her the skills to maintain her new home and thrive in a new environment? How has she been readied to succeed? How is she different from the lottery winners we seem so happy to see both win the big money and to fail at knowing how to live and thrive with their new found wealth? And last, to what extent does building a house for Renee Wilson allow people to look away from the rest of the poor and dispossessed and to feel that the job has been done and their obligation met?

The program airs on ABC on March 25th. 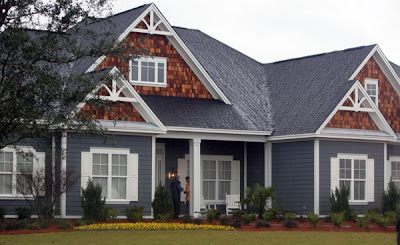