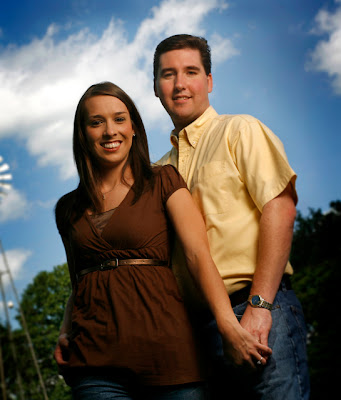 Pinecastle Records has released a new all Gospel CD called “I’ll Go With You” by Darin Aldridge and Brook Justice. The thirteen songs on this album express the deep faith, sense of longing for salvation, and belief in its reality through songs of praise, faith, yearning, and assurance. Aldridge is well known in bluegrass circles as a vocalist and fine multi-instrumentalist specializing in mandolin who currently plays with the Circuit Riders. His career includes a stint with the Country Gentlemen during the last few years of Charlie Waller’s life. Brooke Justice, Darin’s fiancée, has been singing gospel with him for some time and recently they appeared at their first festival doing a mixed program of bluegrass Gospel and secular music, which was very well received. Joining them on this disk are longtime Blueridge bassist Eddie Biggerstaff, Chris Bryant on banjo, and Perry Woodie on Dobro who are all members of their regular band. Guests on this disk include: fiddler Alan Johnson, percussionist David Rhyme, Reggie Harris on guitar, Harold Simpson on bass, as well members of the Circuit Riders Jaret Carter and Billy Gee. 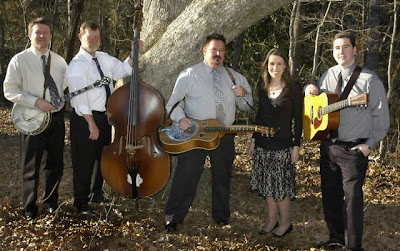 Aldridge has a clear and pleasant but rather light and reedy voice reminiscent of Vince Gill. His mandolin playing is almost without peer. He belongs in the top ranks of bluegrass mandolinists. Justice has a powerful high alto voice so strong she must often stand away from the microphone in performance. Together, their voices form a fine blend. Two of the songs in “I’ll Be With You” were written by Aldridge or Aldridge and Justice as a team. Two traditional gospel tunes were arranged by them for this CD. The disk open with “Get Down and Pray,” a lively call to worship emphasizing the power of prayer to bring peace and salvation. The driving beat complements the strong harmony in this rousing bluegrass song. “This Man,” a quieter and more reflective song accompanied primarily by guitar and Dobro, emphasizes the importance of Jesus as God of salvation and man at once, as well as the importance of faith. Alan Johnson’s fiddle solo helps maintain the worshipful approach of the song. Aldridge has arranged “Precious Jesus” and “Sacred Lamb,” two traditional Gospel songs. The addition of a gentle drum and piano background on “Precious Jesus” add to the peaceful love and understanding in the song. Justice’s voice in “Sacred Lamb” rings out the faith that Jesus knows your inner self, and that he suffered for all humanity. The clarity of her voice speaks of an unmistakable truth in her conviction. Aldridge’s compositions and arrangements communicate the peace and certainty of belief. 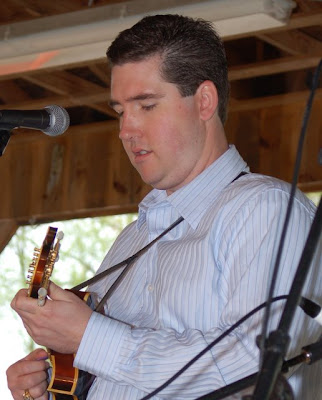 “Trail of Tears” emphasizes Jesus’ humanity and his mother’s sense of loss despite her knowledge of “the plan.” Jaret Carter’s dobro solo soars towards heaven at the end of the song. “Meet Me over on the Other Side” has the lilt of the certainty of the saved meeting again after death. Eddie Biggerstaff’s bass rings out loud and clear. Brooke Justice’s voice clearly communicates the weariness and concern about not being able to face the challenges of life in the opening of “I’ll Go with You,” and then rises to the heights of strength as she sings of God’s saving grace. Her supple and expressive voice communicates great range of emotion with real effectiveness. “Victory is Sweet” begins with an almost dirge-like sense of the weight of the world. Then the chorus comes in with Brooke’s powerful voice leading a vision of the army of God bringing the final victory – a truly rousing song. 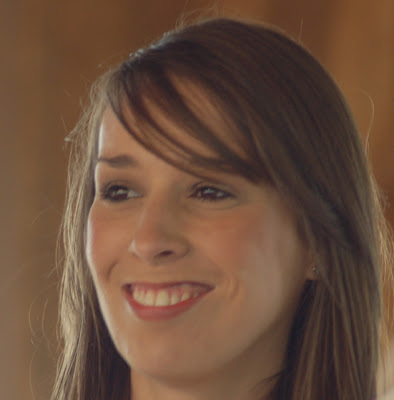 Mandolin and guitar solos by Darin Aldridge wonderfully complement Brooke Justice’s full throated rendition of the traditional “Wayfaring Stranger.” The other tracks in this CD are equally satisfying for fans of Gospel bluegrass music. Production values and mixing are very good with each instrument and voice highlighted for maximum effect. Both artists manage a range of vocal expression that tells the story of each song through its feelings as well as the lyric. Their take on Gospel songs generally presents an uplifting view of ultimate victory that comes from faith rather than on the suffering lot of each human. There’s more uplift than blood in their presentation of their faith, and this collection captures the two singers and their commitment.

The CD can be purchased directly from Darin Aldridge and Brooke Justice’s by contacting them on their MySpace page. Check out their schedule to see them perform or ask your local promoter to book their band. It will be well worth it.