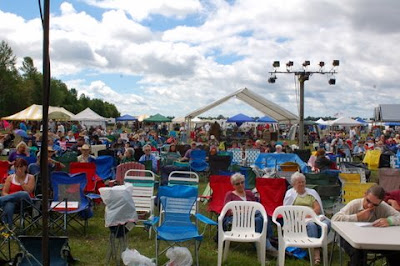 The Lake Champlain Bluegrass Festival has its seventh annual go around this weekend. While the festival had the bad luck of terrible weather on both Friday and Sunday, we attended on Saturday. There was plenty of mud and mess created by the torrential rains of Friday night, but the mud and muck only added to the flavor of the event. We arrived around 11:00 on Saturday morning and were parked in the far reaches of the lot where there was a little high(er) ground. We could hear fiddle music over the Rosewood sound system as we slogged our way towards the main stage. Vendor’s row was well established; seats and, towards the rear, individual shade tents were set up. We found some open space and placed our chairs a little to the rear of the sound booth with a good view of the stage. A sea of mud separated the seating area from the food vendors as well as the musician’s merchandise tents. 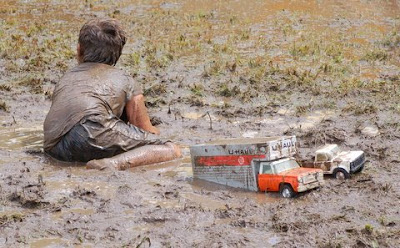 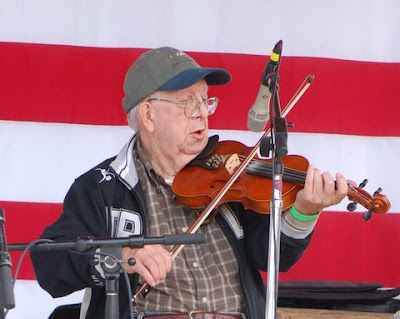 The fiddle contest ended and Big Spike led off seven hours of local and regional bands of varying skill and interest. By investing in three top rank national bands (Del McCoury, IIIrd Tyme Out, and the Gibson Brothers), the promoter of this festival has put himself in the unenviable position of leaving too little margin to provide strong second rank national bands and top regional ones. In booking Del McCoury, as I understand it one of the most expensive touring bands in bluegrass music, Promoter Steve Palmer has boxed himself in. Unfortunately for the festival, McCoury was faced with torrential rains on Friday not, certainly cutting down the day attendance for this festival, a gate promoters count on to make their events profitable. 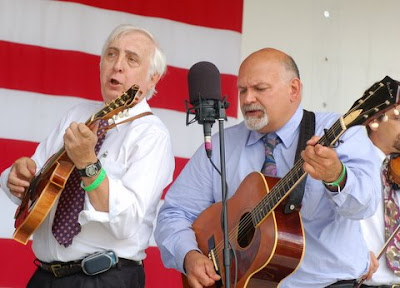 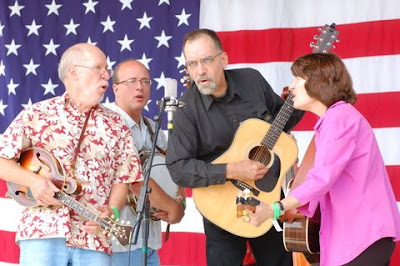 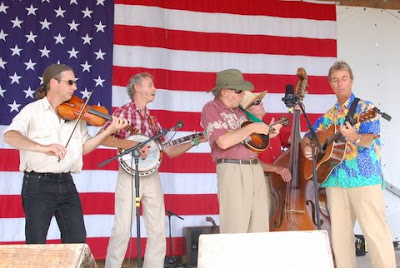 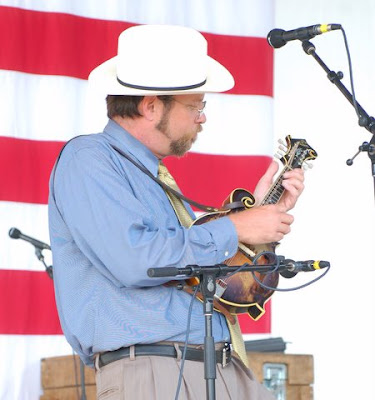 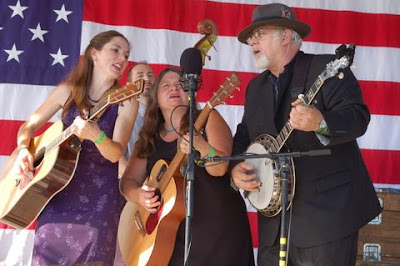 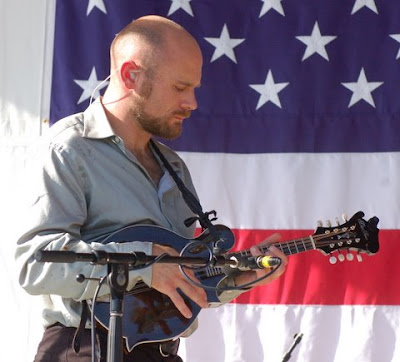 Despite clear, warm weather with some shade provided by the occasional cloud, seven hours of regional bands is quite a lot. Several of them provided interesting and enjoyable sets. My pick for the regional band with the most tuneful and interesting sets goes to The Atkinson Family Band. Coming from Harrisville, NY on the western edge of the Adirondacks, this family band with several non-family members offers original songs by banjo player Dick Atkinson, most of which express yearning for days gone by in interesting and tuneful ways. His song “The Silo Stands Alone” decries the loss of the family farm in a thoughtful and provocative way. He tells me he’s working on another one. Dobro player Chad Darew and mandolin picker Adam Atkinson both do a fine job. Liza Atkinson has a very good voice which blends well with her mother Shalleen’s. Together, the Atikinson Family, while familiar to many in the region is very solid and deserves a wider audience. Dyer Switch, from the Albany area, was entertaining. Their song “Family Business” suggested an alternative source of income when the economy makes jobs scarce, although one wouldn’t necessarily expect folks from the Capital District to lean towards bootlegging. There are probably other more profitable family businesses. The reliable Adam Dewey & Crazy Creek put in a creditable set. Unfortunately, because these deserving bands are not interspersed with higher profile bands, they get less attention than they deserve. Perhaps reserving the opening hour or so for shorter sets by showcase bands, selected after they apply might prove more effective. Showing headliner bands in a back to back to back to back format may be convenient for the big name bands, but slights lesser names as well as members of the audience. After seven hours in the hot sun, attendees with young children are ready to pack up and return home, especially if they are day trippers. 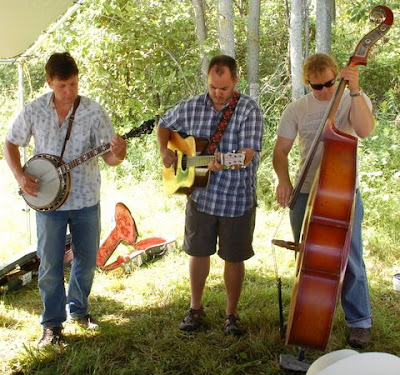 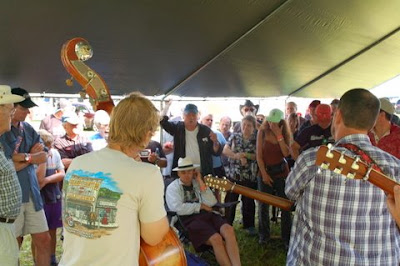 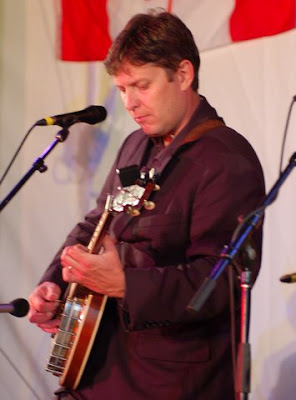 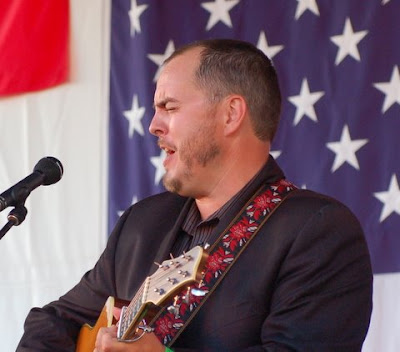 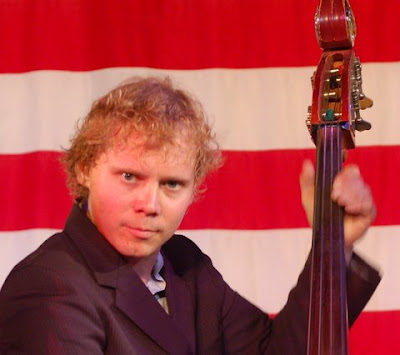 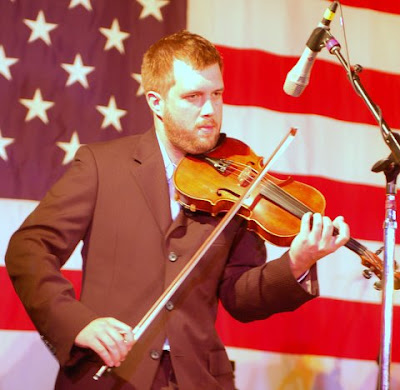 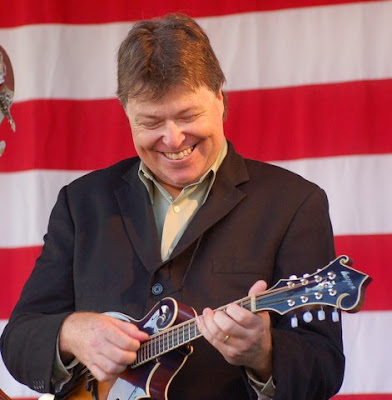 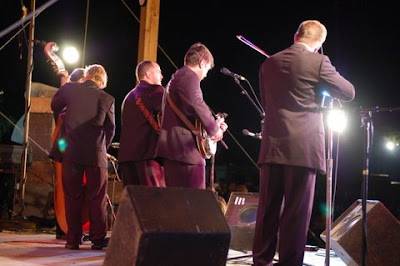 The Gibson Brothers are, arguably, the home town band for every festival in New England and New York at which they appear. They draw fans from all over the region just to see them. In fairness to the great IIIrd Tyme Out, The Gibsons should have been the closing band at Lake Champlain. If they had closed, they would have held the substantial numbers of people who left after their second set. The Gibson Brothers’ last three CDs have reached the top of the Bluegrass Unlimited charts, and their most recent album, Iron and Diamonds, is currently #3 with two of the cuts in the top thirty. Their recent tours of the south and the west have introduced them to legions of new fans and several appearances on XM satellite radio have also helped spread their music. They are poised on the edge of reaching the top echelons of touring bands. Leigh and Eric Gibson’s unique brother harmonies and evocative lyrics capture the ear and the imagination of listeners, who usually come away raving. While Eric and Leigh feed off the crowd, creating their set list on the fly, it would seem their first set contained songs of particular attraction to this northeastern crowd. “Railroad Line,” “Iron and Diamonds,” and “The Barn Song,” and “Callie’s Reel” all have strong connections to their northern New York roots and drew loud appreciation from this audience. Gibson Brothers sets almost always draw people to their feet and dancers to the dance area. Band mates Mike Barber, Rick Hayes, and Clayton Campbell each bring their own charm and electricity to a Gibson Brothers show to make for an always first rate show. 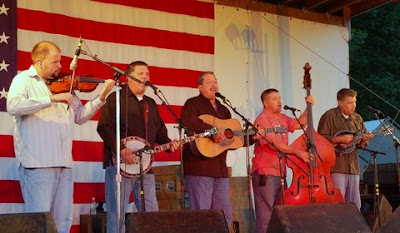 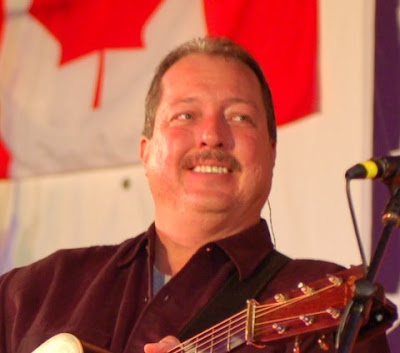 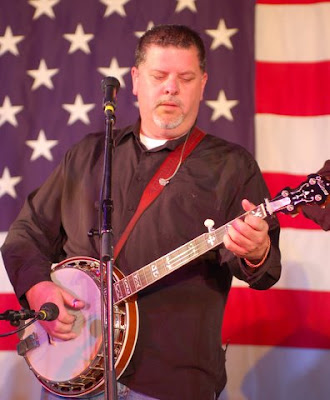 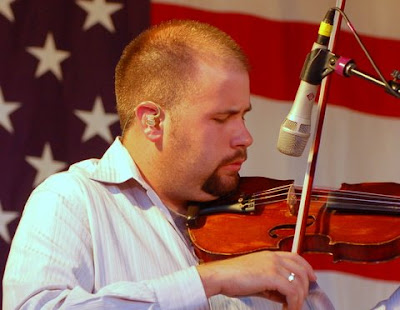 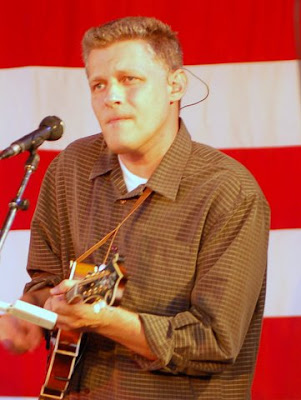 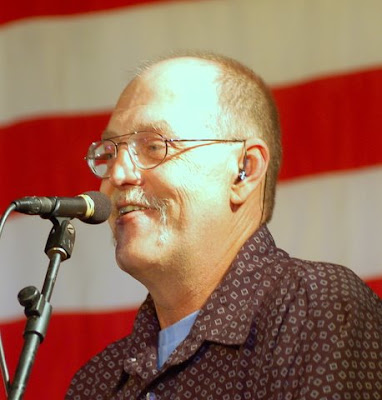 IIIrd Tyme Out is a fabled band, which has consistently delivered first class music through the years. The band has been seven times IBMA Vocal Group of the Year, while lead singer Russell Moore has been Male Singer of the Year three times. When you mention him to other male bluegrass singers, there is virtual unanimity that Russell Moore is the best. IIIrd Tyme Out’s web site lists all the awards they’ve garnered over the years. It’s a stunning list of recognition for pulling of years of sustained excellence. The band has been through several changes in recent years, and has emerged stronger than ever. The return of Wayne Benson at mandolin and the arrival of Justin Haynes on fiddle and Edgar Loudermilk on bass have cemented their excellence. The discovery of Doug Driscoll at the wheel of the bus to take up the role of singing bass has been a treasure both for his voice and his story. Their set list contains a number of traditional bluegrass songs as well as treatments of songs from other genres grassed into a highly listenable mix. Their unvarnished version of “Only You” as a pop trio is a delightful change of pace showcasing their vocal skills in an a capella version is stunning. Steve Dilling, who carries most of the emceeing chores for the group, keeps the show light and amusing, his smile genuine and friendly to match his manner. IIIrd Tyme Out is a constant delight whenever they perform. 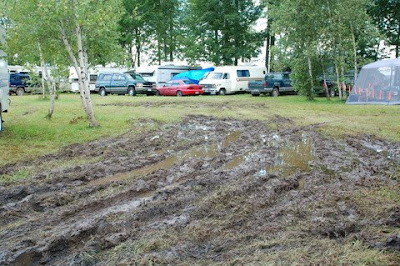 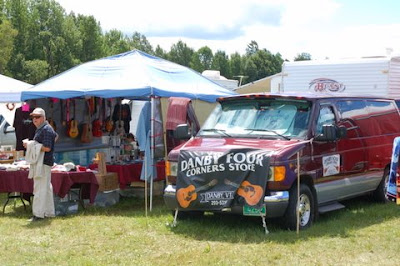 The Lake Champlain Bluegrass Festival has much to recommend it. Held virtually on the Canadian border convenient to both Plattsburgh, NY and Burlington, VT, the location is also easy for Canadian bluegrassers to get to. The banjo and fiddle contests are well established. A good variety of workshops is scheduled for Saturday including a series of slow jams ideal for novice and low intermediate musicians. There is a good variety of food vendors headed by the Alburgh Volunteer Fire Department with a classic chicken barbecue as well as delicious hamburgs and steak sandwiches. The festival comes at just the moment when corn in the north country as at its peak, so don’t miss it. The ice cream vendor offers the best ice cream sold at any bluegrass festival. Linda and Butch Ralph of Danby Four Corners Store sell the highest quality musical instruments as well as more mundane musician’s needs. While the schedule encourages people to attend for one day, a few changes in schedule and booking philosophy could remedy this and propel this festival into the top ranks of New England festivals. 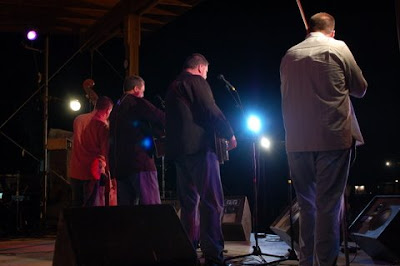