Carolina in the Fall - Steffey and Hicks to Join Krugers

Kruger Brothers Perform at Carolina in the Fall 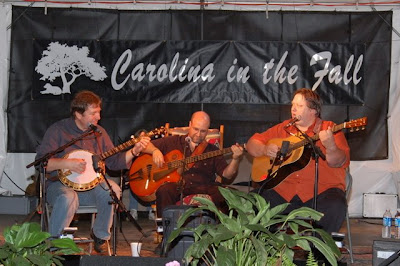 Monday and Tuesday in Wilkesboro have been filled by visits with old friends, opportunities to turn acquaintances into new friends, and catching up on deferred activities like laundry, banking, mail, and such. First, for a bit of news. This blog doesn’t usually go in for scoops, but here’s an interesting bit. The Kruger Brothers have added two members to their group and will debut a new bluegrass band at their festival, Carolina in the Fall, on Saturday. The new Kruger Brothers bluegrass band will feature Adam Steffey on mandolin and Bobby Hicks on fiddle, along with the usual trio of Jens Kruger, indisputably the best banjo player in the world, Uwe Kruger on guitar and vocals, and Joel Landsberg on bass. The boys are being very careful not to tip their hand about the plans they have for this group, but it looks to me as if they’re going to go on a limited tour this summer. They could be the most thoughtful and innovative bluegrass band to hit the ground in years, perhaps since the Bluegrass Album Band. At a couple of parties in the past two days, I’ve watched Jens in bluegrass mode create licks and figures and arpeggios so dazzling in their conception, and seemingly so easily achieved, that few other pickers would either conceive of them or try to replicate them. This could be an interesting and ground breaking event for bluegrass, especially considering the brothers’ great regard for the history and background of bluegrass music and their creative energy in developing new ways for the banjo, guitar, bass trio to express itself. 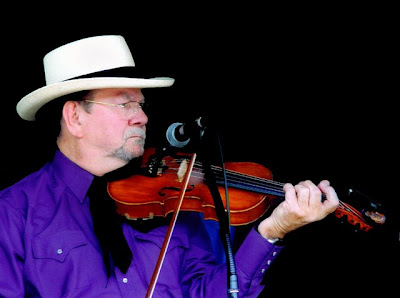 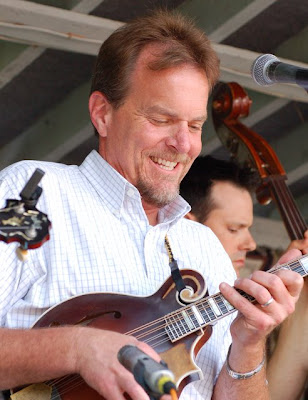 Bobby Hicks, at age seventy-five, brings a bluegrass pedigree without peer. At the age of eleven he won a North Carolina State Championship on Fiddle. He joined Bill Montoe’s Bluegrass Boys in 1954 and played with them off and on. Hicks spent twenty –three years playing with Ricky Skaggs in both country and bluegrass settings, while continuing to play with Bill Monroe as well as Jesse McReynolds and the Virginia Boys. No one could add more bluegrass luster to the Kruger Brothers than Hicks. Adam Steffey is six time IBMA Mandolin Player of the Year, including 2008. His storied career includes lengthy stints with Allison Krause and Union Station and Moutain Heart. This year he has toured with the all-star Dan Tyminski Band. Steffey has distinguished himself as both a traditional and progressive bluegrass mandolinist. His strong bass voice is always excellent. If you’re going to put together a bluegrass band, why not make it the best?
Philip Zanon's Home in the Hills 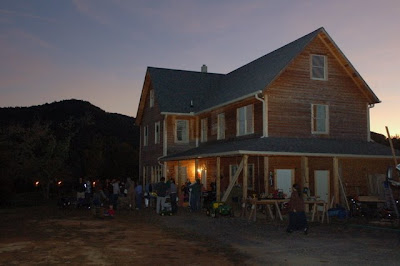 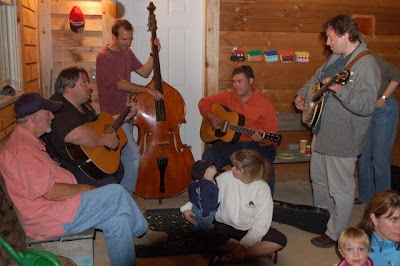 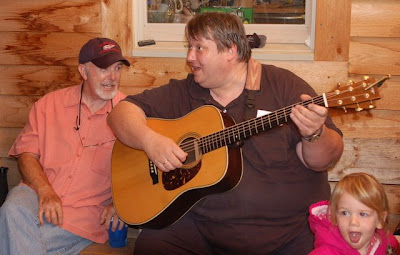 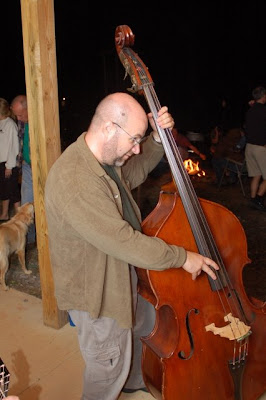 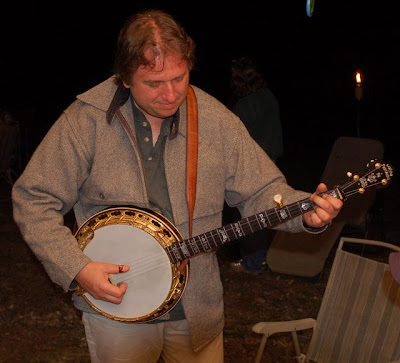 On Monday we were invited to Philip Zenon’s home for a barbecue and picking. Philip is the Kruger’s sound engineer and a fellow immigrant from Switzerland. Philip’s sister and family were visiting North Carolina for the first time. Also present was the Waddington family band, young group from North Dakota. It’s quite amazing that a group of five youngsters growing up in the bluegrass desert of the Great Plains. The kids are traveling with their parents and two younger children and will be appearing at Carolina in the Fall this weekend. The next day we went to Uwe Kruger’s home for supper and more music and conversation. The welcoming warmth of this large and interesting family, like so much of the music community we seem to have joined, exceeds any we’ve experienced elsewhere. 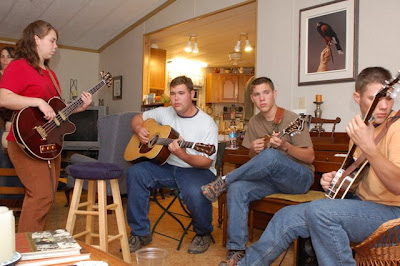 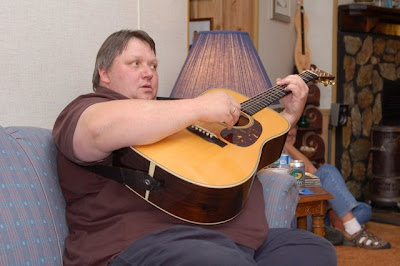 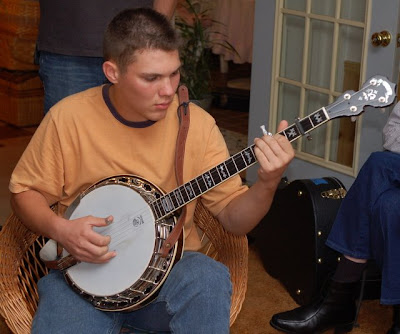 The Carolina in the Fall event, coming up at the Sheperd Farm in N. Wilkesboro on Friday evening and all day Saturday (October 17 and 18) seeks to bring this environment into a festival setting. Various guests, many close friends of the Krugers will appear on stage and perform with the Kruger Brothers. Check here for a list of performers and add Steffey, Hicks, Ron Block, Terry Baucom, and a big banjo championship to the list. The setting is lovely, and the host band truly acts as hosts throughout the weekend as well as offering extensive performances. The addition of their new bluegrass band should appeal to many.

Stage at Carolina in the Fall 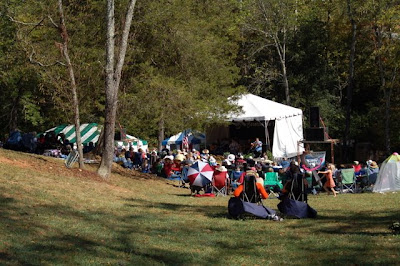 Hillside to Vendors at Carolina in the Fall 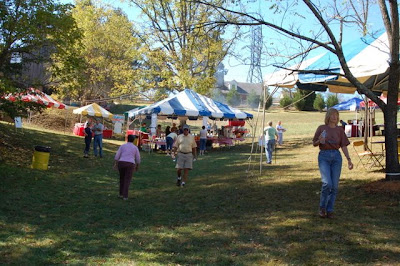