The Boston Bluegrass Union continues its very exciting 2010 - 2011 concert season on Saturday, Dec. 4 presenting the legendary Washington D.C. band Seldom Scene at the National Heritage Museum in Lexington, MA.  Advance Tickets can still be ordered on line until 4:30 PM on Saturday.  Tickets are $24.00 for BBU members and $27.00 for non-members plus a processing fee if ordered on line.  Doors at the National Heritage Museum open at 6:30, and the concert begins at 7:30.  Tony Watt and Southeast Expressway will open. 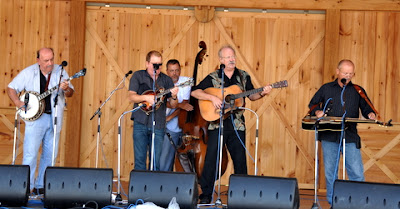 Seldom Scene is in its fortieth year and remains fresh, lively, entertaining, and innovative.  Ben Eldridge, on banjo, is the only remaining founding member of the band.  Now in his early seventies, he continues to amaze with his creative banjo play as well as his impish humor.  The band's name grows from an early agreement proposed by the late founding member John Duffey that the band only get together once a week, play at local events and the occasional festival, and keep their day jobs...thus they were, indeed, seldom seen.  The band became well known through its recordings, cutting seven albums in their first five years.  Their music has always been characterized by prodigious musicality combined with a creative force that brings non-traditional music, often selected from folk, folk-rock, and rock music and re-cast to the Scene's unique sound, into the bluegrass idiom with skill and care.   Since John Duffey's sad death early in 1996, The Scene's lineup has been quite steady, and they have increased the amount they travel to perform.
Ben Eldridge 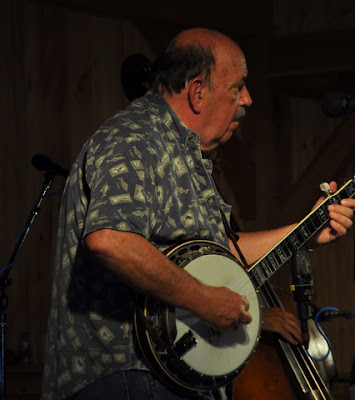 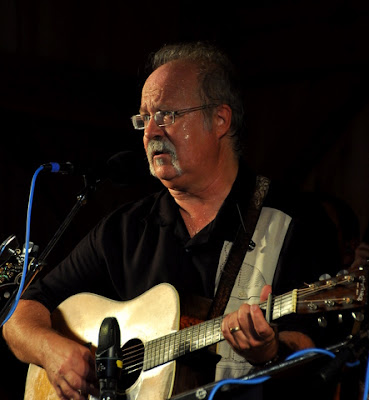 Dudley Connell was a founder of The Johnson Mountain Boys, which existed in one form or another from 1975 until their breakup in 1986 and then  appeared in a variety of reunion configurations over the next decade.  Known for their high energy traditional style, The Johnson Mountain Boys still stand for many as a model of contemporary traditional bluegrass.  Connell joined The Seldom Scene in 1995, much to the surprise of many because of the significant difference in style from his former band.  While singing lead for The Scene, using much of their repertoire, Connell remains an advocate of traditional bluegrass music, often performing as a duo with Don Rigsby.  Connell's energy and enthusiasm always complements his fine lead voice to provide entertaining music with remarkable staying power in whatever format he chooses to perform. 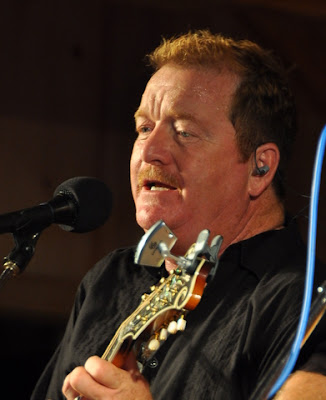 Lou Reid has done two stints with The Seldom Scene, the first on guitar and then, after a two year hiatus, taking on the mandolin play and tenor singing roles after John Duffey's death.  He has been with the band continuously since 1996.   Reid's professional career began with Doyle Lawson and Quicksilver and then moved to Ricky Skaggs' band.  He's played with some of the best during his career, currently fronting his own band "Lou Reid & Carolina" as well as continuing to play with The Seldom Scene.  His strong tenor vocals combine with fine mandolin playing to help make this an all-star band.
Fred Travers 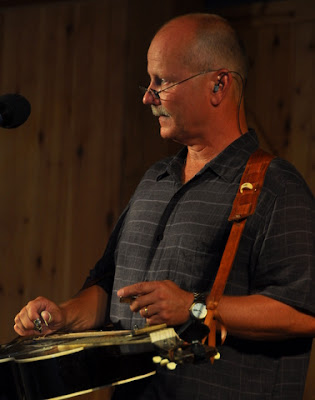 Fred Travers luminous high tenor combines with his virtuoso work on the Dobro to fill two traditional slots in The Seldom Scene in one person.  His voice sometimes channels John Duffey's while his Dobro play, while never copying, brings some of Mike Aldridge's storied style into his own play.  That's a pretty big order, and Travers quietly lives up to the challenge.
Ronnie Simpkins 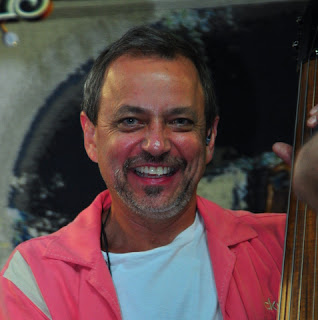 Ronnie Simpkins, on bass, brings wit and humor from the back of the band.  Never intruding yet always clearly there and involved.  His joy in his instrument and the band is always clear, and his bass voice on quartets is always important.
While The Seldom Scene only contains one of its original players.  Nevertheless, it continues to play songs from its original repertoire while adding new and fresh material representing the interests and strengths of each of its current members.  This band never ceases to please with its distinctive harmonies and rhythms as well as its continued commitment to high levels of performance excellence.  The current configuration has been together for fifteen years, continuing to forge new directions while honoring ones that initially were seen as revolutionary, but have become a clear part of the neo-traditional in bluegrass. 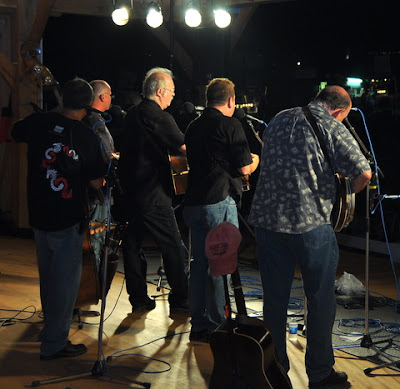 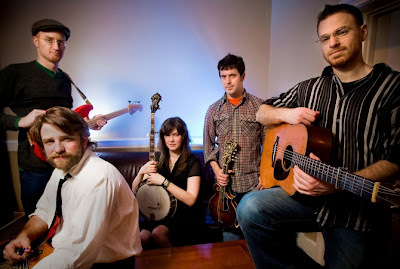 Tony Watt is well-known in New England as a first rate flat-picker and popular teacher.  He has recently become a Wernick Certified teacher, helping to spread Pete Wernick's well-known approach to jamming.  His band is self-described on his web site as striving "to make modern bluegrass music that is at once both beautiful yet powerful, hip yet traditional."  The band includes Ben Pearce on mandolin, Sam Stambler on Dobro, Grace van't Hof on banjo, and featuring Flynn Cohen  on bass.


How to Get There
National Heritage Museum, 33 Marrett Road, Lexington, MA
View Larger Map
Posted by Ted Lehmann at 8:24 AM