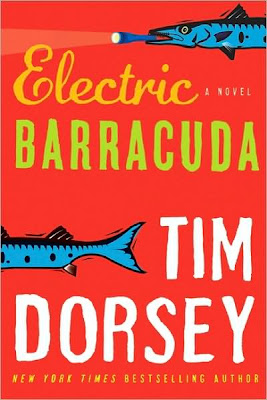 Serge Storms, the fast-traveling escape artist serial killer who is the protagonist of this thirteenth in a series of crime novels set in Florida, provides readers with an unlikely guide to the wonders of a fast disappearing culture in a state consumed with development and seemingly unconcerned with its own preservation. At one point in this picaresque flight through Florida's back-waters and under-side, Serge comments to Coleman, his alcoholic drug addict sidekick, “Florida is a theme park, and the theme is weirdness.” For those of us who travel off the beaten track in Florida, Electric Barracuda provides vivid snapshots of places representing the old Florida that people who live and visit on the tourist-flush coasts or who consume theme park culture probably won't recognize. From Kissimmee, a beat down suburb on the lower end of Orlando, to Cedar Key, Pine Island, Myakka River State Park, and the hidden treasure of Chocoloskee, Dorsey takes his character to places most Florida visitors prefer to miss. The greatest gift of this book is to recognize that places like these still exist in Florida. I suspect that if I read the twelve preceding novels, I'd get to visit Micanopy, Live Oak, Chiefland, Perry, Arcadia, and other towns in central and coastal Florida that still look like places time forgot, but which retain their flavor and charm, or lack of it.

According to Wikipedia, Dorsey is often compared to the John D. MacDonald, the master of the Florida detective novel, and Carl Hiaasen, a crime novel satirist who covers the Florida waterfront from the east coast. Dorsey's character seems more at home on Florida's west coast, probably because Miami couldn't stand two such chroniclers. Nevertheless, Dorsey's voice originates in very different narrative traditions than do those of either MacDonald or Hiaasen. MacDonald's character, Travis McGee was very much in the hard-boiled detective tradition, while Hiaasen's world of madcap satire retains sufficient contact with reality to make his rage recognizable. Dorsey, who I suspect is a few years younger than Hiaasen, sounds like a literary survivor of the drug induced and rock soaked seventies, presenting his characters in an MTV fast-cutting style which hardly provides time for a glimpse of his characters before they move on to their next outrage. In Serge Storms there is no hint of an inner life or a rational motive to be found.

Most writers of serial fiction provide some hints of their characters' provenance in each volume to help orient new readers. In Electric Barracuda Tim Dorsey has Serge compose a rap in the blog he's writing on his stolen lap top for the thousands of people following his adventure's on line, in which he seeks to establish Serge and Coleman's essential innocence, despite their being on the run for multiple murders of no-doubt deserved malefactors. In a sense, Serge Storms is one of the bottom feeding scavengers who keep the waters clean for the rest of us to swim in. His many fans, both fictional and literary, no doubt view him as such. The bumbling investigators, along with the crazed television bounty hunter, an ex-wife, and a couple of mysterious others are seeking him for their own reasons, some of which have to do with bringing him to justice, not always official. This all leads to a merry madcap romp through southwest Florida....oh, but I'd prefer to avoid cliches in my own writing. 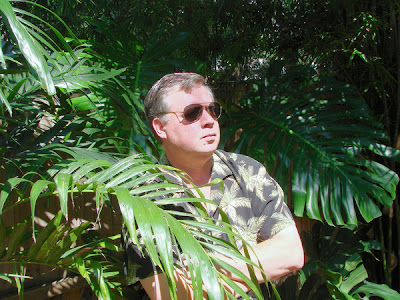 Serge makes many observations about life in Florida which ring true to anyone who's spent much time navigating the highways and byways there. He remarks on his blog, “You know how sometimes you need to change lanes to make a turn? And you hit your blinker, but in the Sunshine State that's the official signal for the jack-off behind you in the next lane to speed up and close the gap so you can't get over? Not actually a fugitive tip. Just burns my ass.” he writes in his blog. (63-64) Serge provides many such tips for fugitives, like him, to effectively navigate the state. One chapter, called “Cyberspace” a four-and-a-half page collation of smarmy adolescent humor disguised as an acid trip without a paragraph break left me wondering who the audience for this book is and asking “Do cyberspace denizens read books, too?” The combination of adolescent bathroom humor, drug induced paranoia, sometimes spot on vignettes of Florida locales like Cedar Key, observations on popular culture and films like No Country for Old Men (“I need a device like that.”) seem aimed at the same people who think Judd Apatow's films are hilarious. The writing has an MTV sensibility filled with flashes of insight, and a likability level roughly the same as “Jersey Shore” or “Real Housewives.”

When I read a novel, it's important to me to find something I like about at least some of the characters, some quality that draws me to them and helps me care about them and their situation. It's also nice to encounter some sort of moral compass in the writer's view of the world being created. George Pelecanos, Dennis LeHane, James Lee Burke, and, yes, Carl Hiaasen as well as John D. McDonald, the father of Florida detective fiction, all achieve this. What I find in Dorsey is the anger at what's being done to the state without the moral compass, which is most crucial for satire to be effective. It must cross the line from humorous riffs to truly making the point, while doing so without preaching. The central point, for me, came when Serge accomplished the murder of a banker stealing from everyone and commented, “It's only socialism if the money goes down, not up,” before finding another gruesome way to dispense with a despicable person. In most good novels, a point arrives where the narrative drive of the piece creates a tension between reading to the end NOW(!) and needing to put the book down to reduce the dramatic tension. In Electric Barracuda, that point never arrived for me.
Electric Barracuda

is published by William Morrow and is available from Tim Dorsey's web site, the publisher, and all online sources in print as well as electronic editions.