More than Words Can Say by Robert Barclay - Book Review 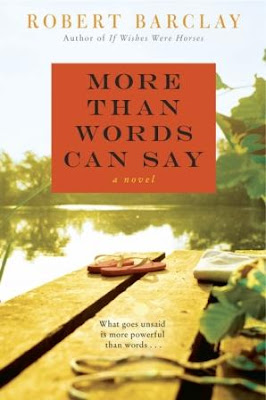 I'm not familiar with the conventions of romance novels, but this work gives off all the signs of having been written to a formula, one that has millions of adherents but little appeal to me. Nevertheless, having asked TLC to send it to me, I determined to struggle my way through More Than Words Can Say by Robert Barclay, even though, from only a few words into it, I doubted very much I would enjoy the experience.
Deadeningly studded by wholly unnecessary adverbs cloyingly selected to quickly eliminate carefully selected words, the reader is terminally afflicted by the almost irresistible desire to immediately set the densely worded tome down. Good writing develops its drive first from carefully chosen verbs and then from powerful and precise use of nouns. Adjectives are quite useful. Readers notice overuse of adverbs, particularly the -ly ones. It takes careful craftsmanship and a loving approach to word selection to avoid overuse of adverbs and easy application of cliches. Robert Barclay has accomplished neither. Reading this romance returned me to my days of teaching English composition where I strove to encourage students to make careful word choices and to avoid “being” verbs by selecting the much more powerful action ones.
The plot of this story, set in the mythical Adirondack village of Serendipity on Lake Evergreen, involves Chelsea Enright, an art teacher and daughter of a socially prominent, wealthy family from Syracuse, NY. Chelsea, a single beauty in her early thirties has inherited a cottage on Lake Evergreen which no living member of her family has seen. For some reason, her Grandmother, Brooke, closed the cottage in 1942 and never returned, although she has kept the place in immaculate shape with the help of her caretaker Jackque and his wife Margot, who have worked there for sixty years. On her arrival, she meets her next door neighbor, the stunningly attractive Dr. Brandon Yale, a graduate of Harvard Medical School (I couldn't make this stuff up, but Barclay doesn't even seem to blush...not even a little bit.) Alistaire, the estate's attorney, has read Brooke's will to Chelsea. It asks her to go to the cottage and read some material hidden under the floorboards in the guest bedroom before she decides what to do with the cottage. Chelsea finds Brooke's diary under the floorboards, begins to read it, and decides to share the experience with Brandon, to whom she is, no surprise here, ineluctably attracted (see, I can use adverbs, too). Soon the book divides into two strands, the material from Brooke's diary in 1942 and Chelsea's growing romance with Brandon around the turn of the 21st century. Telling more would reveal too much, although once you start reading this book, it becomes pretty predictable, except for a couple of interesting twists. It does seem odd, however, that the two love interests in the tale both live in cottage next door at Lake Evergreen. 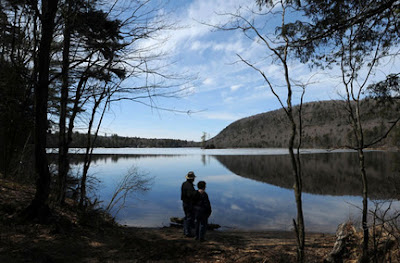 As I said, I'm not familiar with the genre nor conversant with its conventions, but people simply don't talk like this:
“I understand,” Greg said. “I really do. And please also realize that this was not my reason for bringing you here. Even so, there's something else that you must know, Brooke.”
Then the gaze coming from his gray eyes returned to one of longing, and he was forced to wipe away a tear.
“I love you, “ he said quietly. “I have since the night that I sketched you. But despite the pain it will cause me to be near you, I will abide by your wishes.” (pg. 231)
I had a high school classmate who wrote this kind of stuff in our yearbooks. She went to Los Angeles, wrote romance fiction, and eventually became a high powered agent. As far as I know, she never came to a class reunion. There's lots more of this rubbish, including the many adverbs to boot. This excerpt was chosen more-or-less at random, but if you like it, there's lots more just like it, well-seasoned with plenty of tears smearing the ink in Brooke's journal or requiring boxes of tissue.
In terms of structure and detail the novel leaves a great deal to be desired. A minor character named Jenny Beauregard owns a nearby diner and speaks with a southern accent while serving grits in her rural establishment. While Barclay explains how this annoying dislocation occurred, I've eaten at enough Adirondack diners to know she would quickly lose her shirt offering gravy biscuits and grits to people used to pancakes and maple syrup. Another, similar, examples involves Lake Evergreen, the major setting of this book. Typically, Adirondack lakes are surrounded by spruce, pine, and hemlock trees. The islands in them usually are all evergreen. Where maples on the island or along the drive leading to Chelsea's cottage came from defies knowledge of the reason. Similarly, summer and early autumn evenings at Adirondack lakes almost always are calm a quiet, the surface of the lakes becoming mirror-like. The author has evening breezes blowing and small waves lapping the shore. Doesn't much happen in the north country, although it sounds like many ocean fronts in Florida, his newly adopted, according to the the description of the author, home.
[Beware Possible Spoiler]
I like the idea of using parallel stories happening more than fifty years apart told from the third person point of view of two characters. It worked for me. However, several times during the story-telling, the author writes himself into a corner he doesn't seem to be able to escape without changing point of view. Either from laziness or ineptness, he has preferred to escape to a third person omniscient point of view to solve the problem. When he does this with the grandmother's story, he interrupts the novel's flow and believability
Robert Barclay 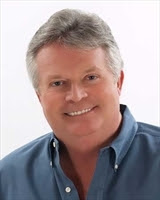 .
I know there's an audience for books like this. I guess I just don't know the people who prefer to read predictable melodrama. I won't go further to specify the too easy use of cliches, extensive use of lazy adverbs, and inadequate research. MoreThan Words Can Say by Robert Barclay is published by William Morrow, and imprint of HarperCollins. It's available as an e-book and in paper from Amazon.  The book retails for $14.99 and is not available in hard cover. The book was provided to me by the publisher through TLC Book Tours.

Remaining books on this tour: