Outlaws of the Atlantic by Marcus Rediker - Book Review 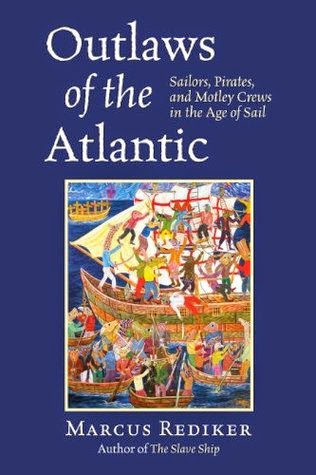 Outlaws of the Atlantic: Sailors,Pirates, and Motley Crews in the Age of Sail by Marcus Rediker (Beacon Press, August 2014, 248 pages, $26.95/14.55) is a carefully written and meticulously documented history of how the social revolution of the past four centuries was fomented from below decks by sailors of all kinds. Perhaps disturbingly for some, it turns history as most of us are used to seeing it on its head by crediting the democratic and independent move towards revolution and freedom as originating and being powered from below. Those of us used to “great man” or “great events” views of history will find this book to be disorienting at first, However, as Rediker compiles his evidence that the sea was the ultimate source of freedom from the restraints of conventional hierarchy and lawfulness, and that the discovery of this grew from the treatment of the men (mostly) who plied the waves, the picture of the forces of freedom and independence coming from below makes increasing sense. At times the book seems to jump around in time, as Rediker selects incidents and actors in his drama of human discovery, but the ideas become increasingly palatable, if not self-evident, as the narrative runs its course.

Many of us have bought whole hog the story of the power and benevolent spread of civilization by dint of the spread of British sea power. The use of impressment, that is, the virtual legal kidnapping of farmers, fisherman, and workers of the streets and away from the farms of England to provide fodder for the crews of the British naval fleet from the seventeenth through the nineteenth century, has been mostly seen as a necessary evil. Either ignored or misunderstood, are the land-based riots and the ship's revolts by those forced into service at low pay under extremely harsh and dangerous conditions by both naval and commercial ventures. Riots undertaken largely by lowly workers in seaports and on board ships were greatly feared by ship's masters and municipal authorities, whose power was augmented by local and naval sanction.

Outlaws of the Atlantic presents the “golden age of piracy” (roughly the seventeenth and eighteenth centuries) as a manifestation of indentured and impressed workers asserting their rights and escaping into the arms of pirates and privateers, independent businessmen plying the seas. In my earlier review of Gregory Flemming's At the Point of a Cutlass I saw the works of pirates as being both violent and coercive. Rediker's persuasive view presents membership on a pirate ship as, often, the work of independent men working cooperatively in an at least partially democratic setting. In this scenario, pirate chiefs could only make decisions with the consent of their crew, and could be removed if they were seen as being too autocratic. Such autonomy and cooperation was extraordinarily threatening to the governments and business interests of both Britain and America. The vision of Motley Crew as a group of men at see or in revolt on land as an organic international group of mixed race, circumstance, and background provided me with a new meaning I had never considered for this term.

Rediker is perhaps at his most stomach churning in his account of the slave trade, turning the rather prosaic pictures of slaves tightly stacked below decks on the middle passage to the Caribbean and the America's into a live, flesh and blood testimony documenting the torture and murder of nearly helpless victims, many of whom willingly went silently to their deaths than submit to removal from their home, separation from their families, and enslavement far from home. Whipping, laceration, starvation, and beheading come to have meaning when applied to real people's suffering and death to maintain or achieve freedom. His graphic descriptions, by chapter's end, prove to have the desired effect,

This important history culminates with a complex and nuanced view of the capture by enslaved men from West Africa of the ship Armistad and their later trial in the U.S. In which John Quincy Addams mocked the court for suggesting the slaves had stolen from the owners of the ship by liberating themselves. He frames this trial, as he does the issue of piracy as the interests of the quest for money and freedom vs. the property rights of the upper class establishment, the same issues continuing to face this country. 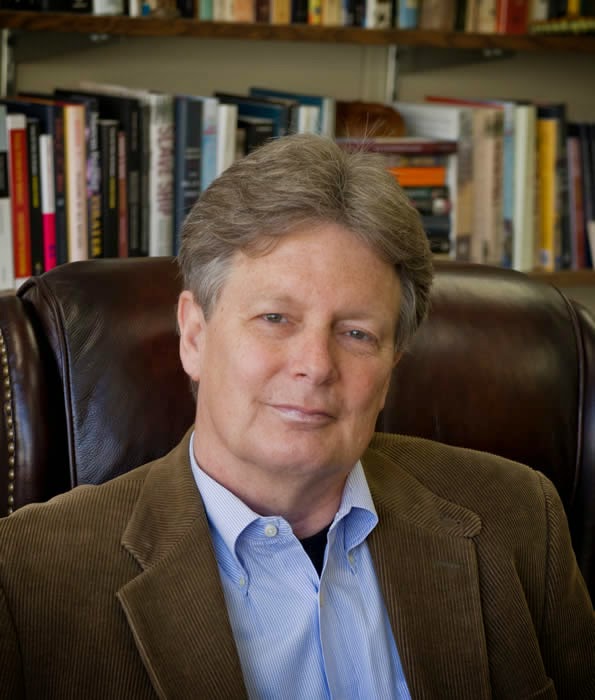 According to Wikipedia, “Marcus Rediker (born 1951 in Owensboro, Kentucky) is an American professor, historian, writer, and activist for a variety of peace and social justice causes. He graduated with a B.A. from Virginia Commonwealth University in 1976 and attended the University of Pennsylvania for graduate study, earning an M.A. and Ph.D. in history. He taught at Georgetown University from 1982 to 1994, lived in Moscow for a year (1984-5), and is currently Distinguished Professor of Atlantic History and chair of the Department of History at the University of Pittsburgh."

I found Outlaws of the Atlantic:Sailors, Pirates, and Motley Crews in the Age of Sail by Marcus Rediker (Beacon Press, August 2014, 248 pages, $26.95/14.55) both interesting and persuasive despite its decidedly left leaning perspective. The book is heavily annotated while remaining readable. At times Rediker departs from a purely chronological sequencing to place important elements together, thus risking becoming repetitive at times. Regardless, Outlaws of the Atlantic presents a thought provoking and substantial argument for many of our freedom's emanating from the struggles of working men at sea rather than detached intellectual members of the elite. I read the book in an electronic galley provided by the publisher through Edelweiss on my Kindle.