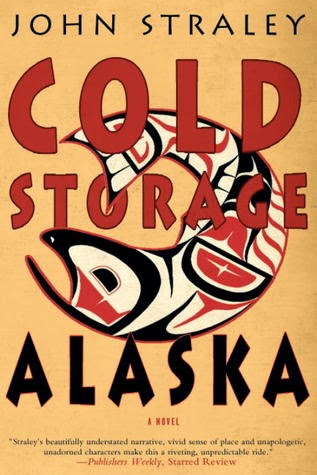 Cold Storage Alaska by John Straley (Soho Press, 2013, 304 pgs, $26.95) represents that rare and delightful literary piece, the comic detective thriller. Set in the tiny former fishing village of Cold Storage, long since abandoned by the cannery that once provided its definition, Cold Storage clings to the side of a cliff, built on pilings and navigated on a decaying boardwalk. It is populated by a cast of quirky, sad, funny, and deperate characters searching meaning in their lives or to merely hang on. Author John Straley imbues these people with warmth, character (of a sort), and, ultimately, a meaningfulness that makes this novel a delicious read as it entertains and requires re-examination of some ideas and prejudices.

Miles McCahon serves as the local EMT in a town much too small to contain either its own doctor or a professional clinic. From there he repairs minor injuries, provides dosages of safe and easy drugs, despatches people needing more serious medical care to neaby Sitka via helicopter, and through his mild and caring ministry serves as an amateur mental health worker, too. Miles is himself a pretty damaged person, a former Navy Seal returned from Afghanistan and seeking peace and tranquility in his home town. The novel open with Miles older brother Clive's release from prison in Washington State after serving a drug term and keeping his mouth shut. He retrieves his ill gotten gains, acquires a badly damaged guard dog as his companion, and heads for home seeking his own peace. The book is filled with a cast of quirky characters, life's dead enders, interacting in this wet, chilly southeastern Alaska environment where fishing is the only source of income, and drinking the sole source of entertainment. Jake Shoemaker, a violent drug lord and wannabe film maker, arrives seeking revenge over Clive. Lester Frank, a Tlingit Indian artist writing a never seen book studying white people, a rock band fired from a cruise ship, and Bonnie, a lovely young woman who jumps from the cruise ship to rescue a young man set on a voyage of discovery in his kayak, and many more lost, lonesome, funny, and somewhat sad characters all seeking connections to others. Then Trooper Brown arrives set on sending Clive back to jail and exacting the blind and uncaring justice of the state.

Straley comments in a thoughtful author's note that writing comedy reminds him that “that all chaos does not resolve in tragedy, but sometimes chaos produces delightful coincidence....” He continues, “I have long recognized that I am an oddball in the crime writing world in that I do not recognize revenge as the lifeblood of a great plot....I still believe that love and compassion are what movethrough the hearts of all great characters.” In Cold Storage Alaska Straley succeeds in demonstrating these principles while weaving an intriguing plot in which essentially nice people revolve warily around each other, each seeking to protect themselves and thus often missing opportunities. Straley manages to capture the wetness and dank chill of coastal Alaska, both its challenges and its beauties in lush, but not too extensive descriptions. The characters are viewed with sufficient distance to allow them their privacy while endearing them to the reader. While this book was, by accident, the second in a proposed series, I'm eager to read the successor novel, TheBig Both Ways, which got itself published first. 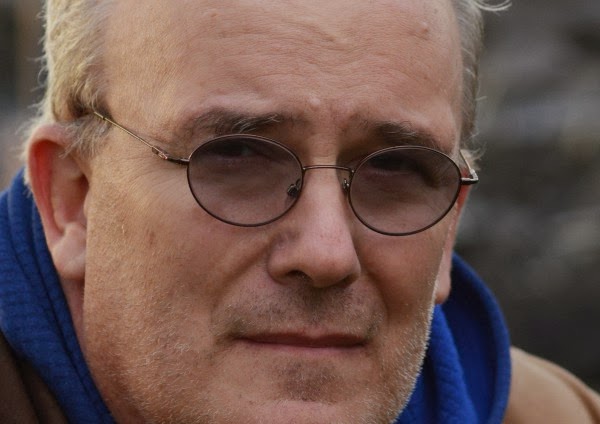 Novelist John Straley has worked as a secretary, horseshoer, wilderness guide, trail crew foreman, millworker, machinist and private investigator. He moved to Sitka, Alaska in 1977 and has no plans of leaving. John's wife, Jan Straley, is a marine biologist well-known for her extensive studies of humpback whales.

Cold Storage Alaska by John Straley (Soho Press, 2013, 304 pgs, $26.95) isa wonderful change-of-pace novel for readers of crime fiction, sort of a pallate cleanser for those suffused in blood and gore. The characters reveal theselves as Straley takes readers on a liesurely, gently humorous stroll through territory they might not be familiar with. It's a pleasant and satisfying ramble. The book was supplied to me by the publisher through Edelweiss. I read it on my Kindle.