The Divine Nature of Basketball by Ed Breslin - Book Review 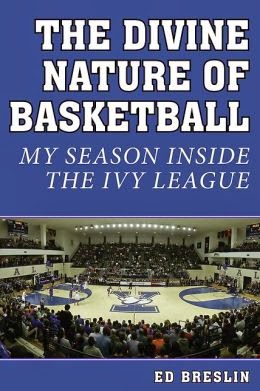 The Divine Nature of Basketball: My Season Inside the Ivy League by Ed Breslin (Sports Publishing/Perseus, 2014, 224 pages, $24.95) contains Breslin's oh too detailed and lifeless account of his season spent following the Yale basketball team through the 2011 – 2012 basketball season. At the beginning of the book, Breslin is introduced to Yale at the John J. Lee Amphitheater of the Payne Whitney Gymnasium (the Yale gym, referred to throughout the book as JLA) where Assistant Coach Jamie Snyder-Fair points out a “dark blue rug with a big white Y in the center” and admonishes him, “Whatever else you do here, don't step on the Y.” This is one of the few pieces of dialogue found in this story, heavy on X's and O's and rather dreary accounts of scoring throughout the more than twenty game schedule. Breslin manages throughout the book not to step on the Y both metaphorically and physically, but in so doing, he manages not to generate any real excitement or interest.

Breslin asserts at the beginning that his book is a memoir, not a report. Born of a lifetime of love of the game and a sneaking suspicion his life as an editor/publisher has been largely wasted, he wanted to participate as an observer, shadowing each of the games Coach James Jones and the team played during the season. He was given unusual access to the team, able to attend locker room sessions, interview coaches and players, and given prime seating for all home and away games. He seems at his best when describing the basketball venues themselves, which is perhaps fitting, because his previous book concerned railroad station architecture. His early descriptions of the art of defense and offense are not only clear, they set up further narrative to use in description of the games to come. The importance of intensive practice and careful planning in coaching become obvious. Incidents in the book recall Breslin's childhood and youth as a “Philly guy,” including a delightful episode in which his family constructed a basketball playground in a deserted lot, attracting the attention of players, fans, and even vendors only to be torn down by the Philadelphia Electric Company. His love of the fabled Big Five of Philadelphia, and particularly University of Pennsylvania's wonderful gym, the Palestra, is palpable. Such incidents and events give the book whatever life it has. Sadly, the book falls into the trap of pass-pass-pass...shoot-shoot-shoot too often. By choosing the personal George Plimpton approach to sports book writing over the more distanced and nuanced invisible narrator in John Feinstein's wonderful sports books, he misses opportunities to take a season of Yale basketball and fit it into the larger context of basketball as a uniquely American sport, without antecedents in formerly British sports such baseball and football.

Throughout its history, basketball has been the most urban of sports, dominated for the past half century or more by a series of quite amazing African-American players, and more recently coaches, who, through their spectacular athleticism and drive have transformed the game from Naismith's peach baskets hung at the ends of the gym in Springfield, Massachusetts. Since basketball is played in shorts and armless shirts, the dominance of black players in the game is even more evident than it is in other sports. By choosing to follow a season of Ivy League basketball, Breslin had an opportunity to examine factors of race and class in the most elite league and one of the most storied universities in that league with unusual access. Perhaps in his zeal to “not step on the Y” he fails to open this door, which would have made it into a piercing and insightful volume, perhaps approaching the importance of Samuel Freedman's Breaking the Line, which I also reviewed in my blog. The book that might have been includes the transition from urban high schools, to a year of prep school, to the elevated and elite academic and athletic world of the Ivy League. Also missing is any account of the life journey of thirteenth year head coach James Jones or his brother Joe, now coach at Boston University. Jones stands as a remarkably able role model as well as basketball technician in the book, but nothing tells of his development into the admirable man he is. Finally, the interviews with players and glimpses of their families don't come close to touching the real men who have come to Yale to play basketball as well as to be serious students. The story of Isaiah Salafia, a 6' 3” guard from Cromwell, CT, who drops from the team, is only hinted at, but could have become a door to a deeper understanding of the role of race and elitism at Yale and in basketball.

Breslin refers to himself as “being attached to the players” as a fan, but the reader doesn't come to know them as people at all. Not present are the insightful interviews that might have turned this book around. Absent are the background profiles and interviews of players and coaches that would have rounded them out and provided a lively context for the games and travel of the long and demanding season. Perhaps a real basketball fan would revel in the game descriptions, but for me they became a lengthy and repetitive compilation of antiseptic games. Where is the sweat, effort, pain, and jubilation so evident in watching college basketball at its best? 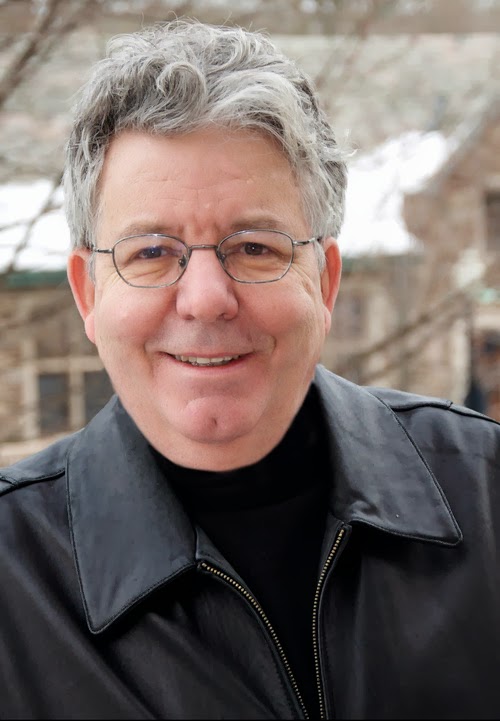 Ed Breslin is a former editor and publisher who spent two decades in the book business. He is the author of Drinking with Miss Dutchie and America's Great Railroad Stations, and coauthor of Sherman: The Ruthless Victor.

The Divine Nature of Basketball: My Season Inside the Ivy League by Ed Breslin (Sports Publishing/Perseus, 2014, 224 pages, $24.95) presents a season of Ivy League Basketball that hangs practically lifeless between the pages. Perhaps, by not “stepping on the Y” he has deprived the reader of an interesting and valuable story that would have made a difference. As published, however, it is a pedestrian and frequently repetitive effort appealing almost exclusively to fanatics interested in the details of particular games and the sad musings of a wannabe basketball player and coach seeking a year of personal fulfillment. The book was provided to me as an electronic galley by the publisher through Edelweiss. I read it on my Kindle.