Tom Henderson Passes Away at 76 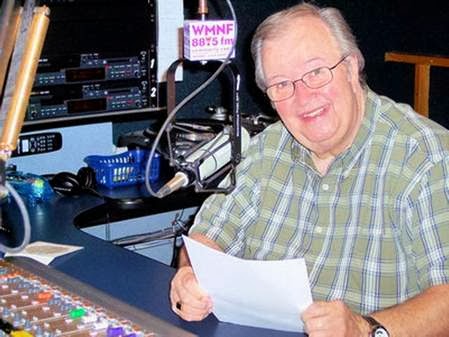 Tom Henderson, 87,the founder of the Bluegrass Parlor Band in 1988 and longtime DJ on WMNF radio in Tampa, FL died early this morning after a long illness. Tom's radio program, “This is Bluegrass” had aired monthly from 1971 until quite recently. The Bluegrass Parlor, a retail music store as well as a famous meeting place and instructional center for Florida's young bluegrass musicians, located in Tampa, was owned by Tom from 1980 until he sold it to Jeff Jones in 2005. Alumni of the Bluegrass Parlor Band include the great fiddler Aubrey Haynie, Nashville attorney for David Crow who was for many years fiddler for the Osborne Brothers, Jason Barie fiddler for Doyle Lawson and Quicksilver, and Florida favorite Scott Anderson. In more recent years Cory Walker, currently touring with Ricky Skaggs and Jarred Walker, mandolin player with Missy Raines, both came through the Parlor Band program. Tom Henderson was at the center of creating this rich load of Florida bluegrass musicians who have had significant national impact. The Bluegrass Parlor was also a venue visited by literally hundreds of bluegrass bands passing through Florida from Bill Monroe to Sierra Hull, the last band to play at the Parlor.

Tom had been ailing for many years, but always maintained an active interest in bluegrass happenings. He was a frequent contributer to the Bluegrass-L, an email List Serve devoted to discussing bluegrass music and matters. Recently, a benefit concert was held for him. He will be long remembered in the Florida bluegrass community and nationally. In 1988, Tom Henderson received an International Bluegrass Music Association (IBMA) Distinguished Achievement Award. He is survivved by his wife Chris, daughter Karmen and son Rick, four grandchildren and one great grandchild. He will be long remembered.
Posted by Ted Lehmann at 11:56 AM