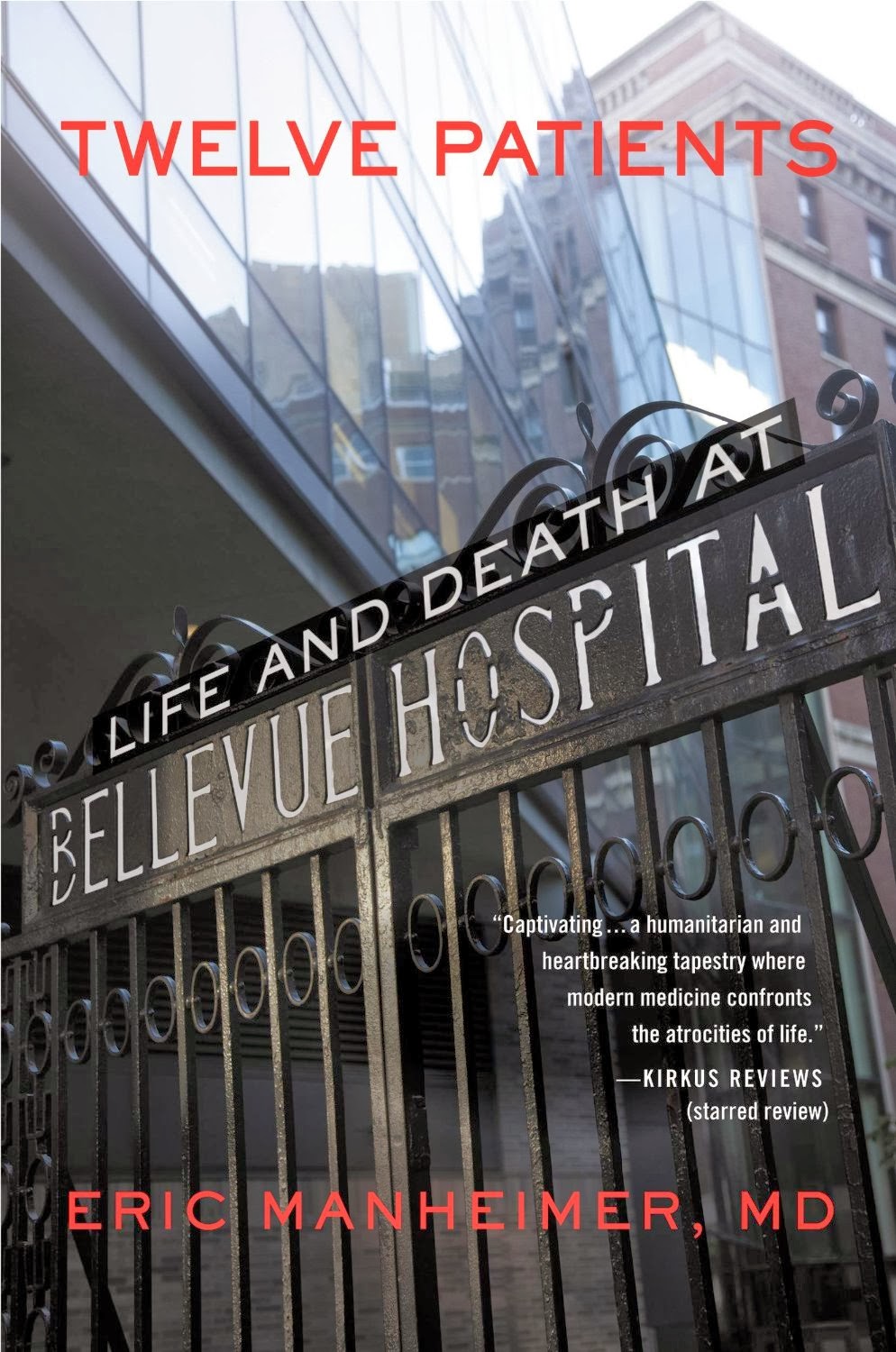 In Twelve Patients: Life and Death at Bellevue Hospital (Grand Central Publishing/The Hatchette Group, 2013, 349 Pages, $9.99 Kindle edition) Dr. Eric Manheimer tells  a story about the American health care system set in Bellevue Hospital, which is the oldest and largest hospital in the United States. As a public hospital it serves the needs of those populations not well-served by the huge infrastructure of America's hospital and larger medical industries. Through its vast doors come the immigrant and minority people who, for hundreds of years, have gathered in New York City for its challenging environment of work, wealth, and freedom, as well as providing a home for all who come. Riker's Island, the largest prison complex in the country provides a vast prison facility for those who comit crimes or are waiting trial for offenses ranging from simple drug arrests to the most horrendous of violent acts. The serial killer known as Son of Sam was imprisoned there for several years awaiting trial. The relationship between these two institutions and the communities surrounding them provides the context for this enormously engaging and challenging exploration of the American health care system at the nexus where it is most challenged. Using twelve patients, including himself, as examples, Manheimer explores the nooks and crannies of an over-challenged system to provide care for those most in need. 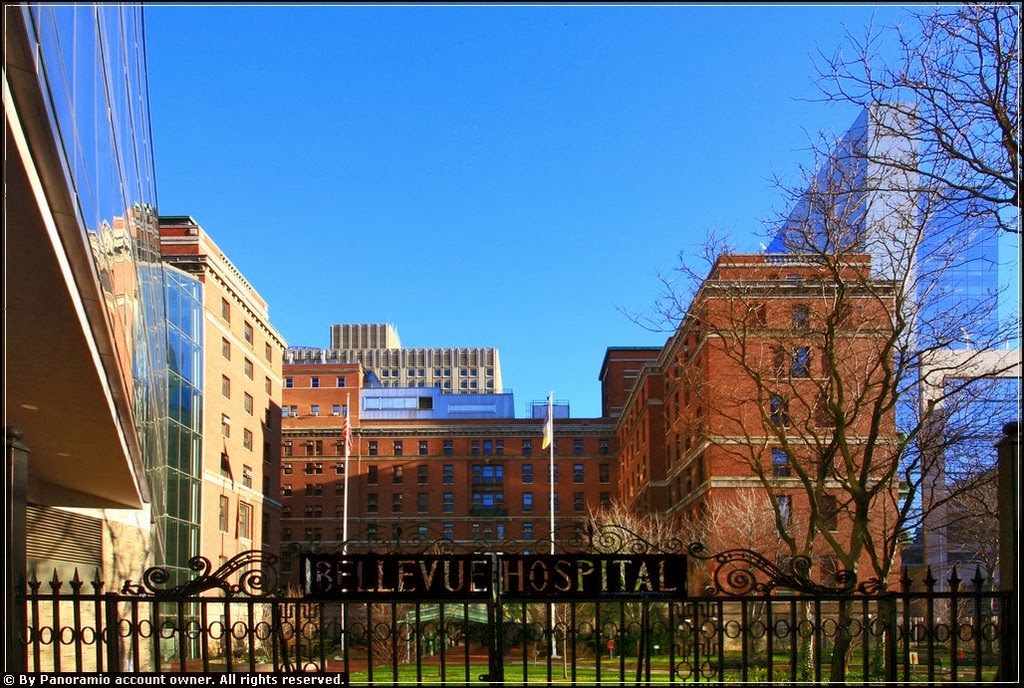 In what amounts to a series of harrowing and inspiring case studies, he portrays the capacity of this system to meet the physical and emotional needs of those most in need of its powers. Skillfully using dialogue with his patients, colleagues, and family to explicate the stories he has to tell, Manheimer avoids the trap of jargon and stilted description bringing the cases to life through his own humanity and turning what might be cardboard stereotypes into people the reader cares about caught in situations that become real and compelling. Beneath each story lies the reality of grindingly difficult living conditions experienced by many who have suffered to get to the United States only to find themselves confronted by many of the same criminal elements they encountered at home, a system fragmenting to a halt under its own weight, and a country deeply divided about what to do with both criminals and immigrants. Early in the book, Manheimer comments, “PTSD (post traumatic stress disorder) was made an official disease in 1980. That is 2700 years after Homer described the effects of war on warriors in his majestic Iliad.”

In many ways, Bellevue, and by estension our entire medical system, must constantly seek to counteract the physical and emotional effects of devastating medical system which cares little about the effects of our society upon its least affluent members. Eric Manheimer, for fourteen years the medical director of Bellevue, seems uniquely qualified to tell this story. Along with his wife Diana, he has travelled widely in Latin America and speaks Spanish fluently. He takes the time to come to know his patients and colleagues beyond the merely medical, seeking out the underlying pathology that leads to both disease and desperation. Whether the patient is Tanisha, a sixteen year old foster child who escapes her twelfth foster home after being raped by her foster sister's boyfriend or Carlos Beltran, a violent killer who has arrived from Guatamala with the skills of special forces soldier put to use in service of the drug cartels and paid for with training provided by the United States, his stories bear the weight of a punishing reality yet are told in such a way as to illuminate the essential humanity of each one.

Outside the Emergency Room at Bellevue 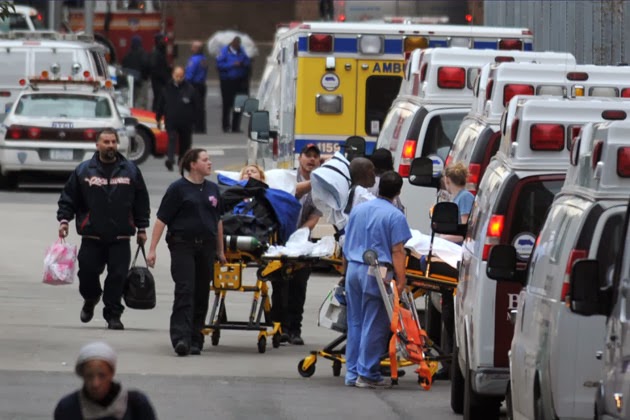 Through these people, Manheimer tells the stories of the diseases (tuberculosis, cancer, HIV/AIDS, drug addiction, obesity) and the underlying causes of much disease (violence, rape, incest, parental neglect and more) to make these articulate, and often attractive, people come to life while illuminating the holes in our medical delivery system and social matrix through which many of them have fallen. The twelve patients, including himself, as he battles an intractable throat cancer, each illuminate a part of the story. Put together, they present a discouraging and inspiring set of problems that bedevel and endanger our entire society.

At one point, a Mexican doctor asks Manheimer why so many Americans who live in a country which can offer the best and most innovative medical care anywhere, are coming to Mexico for medical treatment, he comments, “The key players in the health industy, from hospitals to insurance, to Big Pharma, and the physicians groups have gotten so powerful that they can distort and deform what happens in Washington.” He goes on to say, “In a society that is increasingly mesmerized by efficiency, measurement by numbers, and a bottom line mentality that extols wealth over any other human value, the risk is clear....” It is rare that a book manages to be instructive, enlightening, frightening and entertaining all at once. Eric Manheimer, in taking his readers into the world of Bellevue Hospital manages to do this while introducing us to the world of public health and political intrigues almost beyond imagining. In so doing he shows us how and why the current battle over the Affordable Care Act (Obamacare) places our society in a dilemma that will haunt us for decades as we battle the efforts of corporate America to control us in the name of freedom. In the picture he paints, we can't live with or without universal health care, and haven't discovered a way to deliver it, the valient efforts of dedicated doctors, nurses, and, yes, bureaucrats notwithstanding. 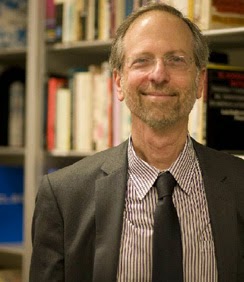 Eric Manheimer, M.D., is an internist with a focus on geriatrics and palliative care. He was chief medical officer and patient safety officer at Bellevue Hospital, part of New York City's Health and Hospitals Corp., for 15 years, and is a fellow of the American College of Physicians.
His administrative responsibilities spanned clinical care, quality, care management, emergency preparedness, organizational growth, graduate medical education and citywide programs with the John Jay College of Criminal Justice, Planned Parenthood and the Department of Health of New York City. Dr. Manheimer has worked internationally in Haiti, Pakistan and Latin America. He is a clinical professor of medicine at the NYU Langone Medical Center.


In Twelve Patients ( Grand Central Publishing/The Hatchette Group, 2013, 349 Pages, $9.99 Kindle edition) Eric Manheimer shows respect for his patients, colleagues, the police, and members of the communities he serves in ways that the political system from the White House to the local precinct cannot manage. They respond to him in kind. The people we meet in the book are first of all sick humans whose complex illnesses reflect the physical disease and the psychological effects of our society. His ability to generalize these real people into cases that illuminate both medical and social issues lifts Twelve Patients well above the ordinary in its ability to explore and explain our current problems. As the book ends in the vice of being caught between the hospital's capabilities and a political battle going on in Albany and Washington, it suggests we are coming to a halt as a nation. While there remains an essentail optimism to the book, it's a thin thread. Twelve Patients was recommended to me by my friend Bob Cook. I bought and read it on my Kindle.
Posted by Ted Lehmann at 12:02 PM