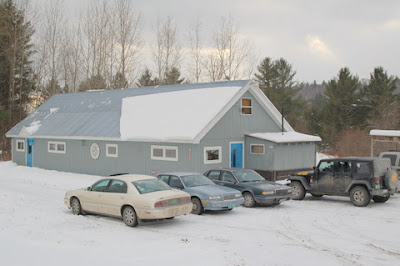 The winter solstice may be nearly two weeks away, but winter has seriously arrived in New England. Temperatures over the last few nights have been in single digits, the ski areas

are open, and there’s natural snow on the ground almost everywhere. We headed up to Weston, VT for Candi Sawyer’s Pickin’ Party held at the Weston Rod & Gun Club. We drove through the lovely tourist town of Weston where the Vermont Country Store is located. As we drove past the store a horse-drawn wagon pulled by a large dapple gray and carrying a load of tourists stopped to let traffic pass. We pulled into the parking lot, already nearly full of cars with licenses from New York and New Hampshire as well as plenty from Vermont. Inside we greeted Candi, smiling as always, and spied a bunch of folks we hadn’t seen since the Jenny Brook Family Festival last June. It was like a family reunion. Even our son Alex managed to come over for an hour or so with the two grands, Anna and Luke, for an hour or so. While he’s only beginning to get into bluegrass music, he particularly commented on the strong sense of community he found in the group. 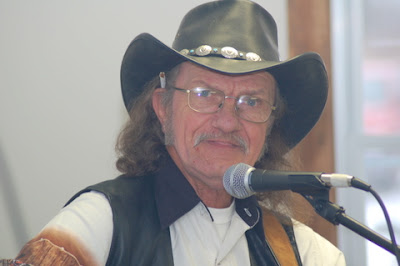 At the front a sound system was set up and several people were pickin’ and singin’ while most of the rest listened and ate. There was corn chowder, dogs and burgers, American Chop Suey (you figure it out), drinks, and brownies. A couple of gallon jars held money for the 50/50 and a couple of other raffles. People gladly paid the $5.00 admission fee. After all, the event gave us all a chance to get together, hear or make some good music, and support this delightful small festival held each June at the Weston Recreation Park just north of town.

Candi has been involved in bluegrass music since she was small. Her grandfather promoted bluegrass concerts at the Weston Playhouse for many years. She’s married to Seth Sawyer, a talented singer/songwriter, and together they’ve promoted the Jenny Brook Family festival for six 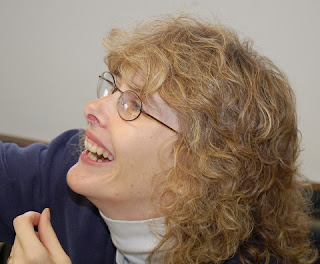 years. The seventh edition, to be held from June 26 – 29, 2008 has a great lineup planned, but folks want to get together to pick a little sooner than that. Candi also publishes the Bluegrass Guide, a comprehensive presentation of all the bluegrass events in New England and large parts of New York for every summer. Candi’s story and the story of Jenny Brook have become an intertwined experience of courage, commitment, and perseverance that make the festival an even richer experience, extending it well beyond the high quality of the music offered there. You see, a few years ago Candi was diagnosed with Multiple Sclerosis which has steadily weakened her body, making it difficult for her to walk, but has never eroded her optimistic and sunny spirit. Their son Mathew has had to undergo a series of surgeries to repair a congenital back malformation which is both painful and debilitating. That’s all a good deal for even the most courageous family to face. It also turns the festival into an event that in many ways has a spiritual component transcending the music itself and making the festival into a celebration of the Sawyer family’s strength as well as the power of bluegrass music to

affect the spirit. But this whole experience is in no way maudlin, and Jenny Brook provides four great days of fun, fine music, and good fellowship. Candi’s parents and grandparents were there, too. The family environment permeated this day.

The music at the Pickin’ Party consisted mostly of local folks playing classic country songs and some pretty good bluegrass, but the quality of the music wasn’t the real reason for this get-together. Rather, the chance to be together as the days shorten and th

e snows come made it a fine day. Seth Sawyer led a group singing some of his own bluegrass songs ably abetted by Steve Hennig on banjo. Seth’s voice is one of the purist in bluegrass, filled with plaintive undertones and creating the high lonesome sound without ever becoming harsh. His love song to Candi, Green Mountain Girl, deserves much wider play. Steve’s inventive arpeggios on his Stelling provide marvelous backup as well as enjoyable solos. Bria 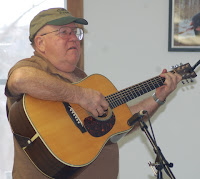 n Jiguere of the Cabin Fever Band played lots of guitar, some mandolin, and contributed his very fine voice to the afternoon. He sang the bands new song “Stone Soldier” to great effect. This song, about the statue of a Confederate soldier standing in a southern town square who cries one tear on the anniversary of Lee’s surrender at Appomattox is most affecting.

Perhaps the best part of this afternoon, as we look forward to a long, hard winter, was seeing the happy faces of people who love music joining together to turn this small building into a center for making music and sharing a good time. What else is bluegrass about? 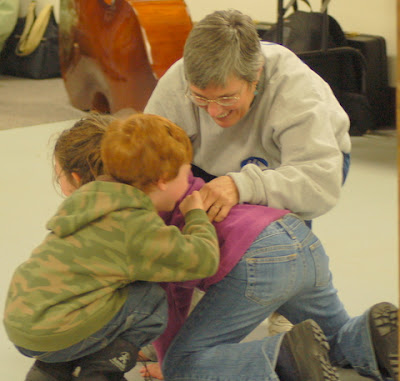 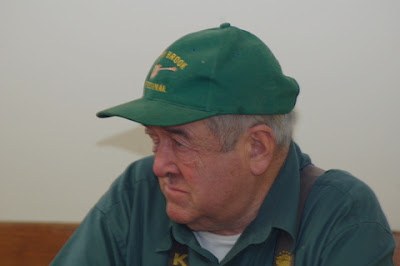 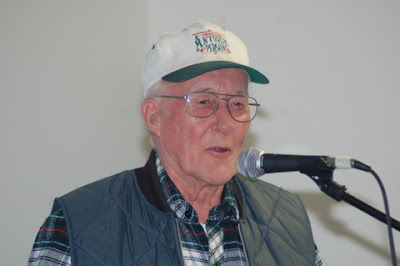 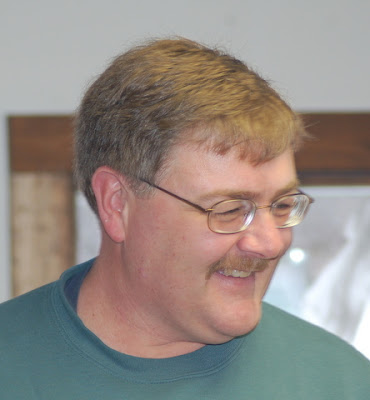 In the end, it's all about the people and the music.