Eric Gibson spent something over an hour on Kyle Cantrell’s Tuesday afternoon show from the Country Music Hall of Fame on XM Radio’s Bluegrass Junction today. Since the interview was well publicized on the Bluegrass Blog as well as through the Boston Bluegrass Union mailing list NEBG, it may have had a pretty good audience. The program featured lots of music as well as a thoughtful and interesting chat between Kyle and Eric, with the Gibson Brothers’ bass man Mike Barber participating also. The Gibsons were in Nashville to complete mixing for their new CD, which will be released in March or April. While no cuts from the new CD, to be called “Miners and Diamonds” were played, Eric sketched out much of the background for some of the twelve new songs, seven written by the Gibsons, as well as talked about their approach to making music.

A little more than an hour into the afternoon’s music, Kyle played an older Gibson Brothers song, “Alone with You” from Long Way Back Home album of 2004, and then introduced Eric Gibson and Mike Barber. They chatted about the length of time since the Gibson’s last album “Red Letter Day” had been released in January 2006. Eric commented about the importance they place in not going into the studio until they feel quite confident they have put together material that is not only strong but fully representative of the kind of music they want. In the case of the new CD, titled “Iron and Diamonds,” seven of the twelve songs were written by the Gibsons themselves. He particularly spoke about the support they have from their record company Sugar Hill. He said, “The label’s been great to us. They told us to feel free to produce our own records. We’ve found a way to do it our own way and it seems to work. 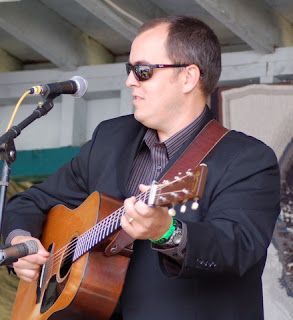 am Smith – Kyle asked whether Sam Smith had been recorded earlier. “It was on one of our early CD with Hay Holler records, but Leigh wrote it and he was never happy with it. When we made Red Letter Day we went back to an old timey sound, slowed it down, and made it sound the way Leigh really wanted it.” The discussion segued to the band. Eric mentioned mandolinist Rick Hayes and fiddler Clayton Campbell and noted that the band has been together as a unit for three years. He’s very pleased that the entire new disk was recorded by the touring band with the addition of Jr. Barber on Dobro, and early member and important influence on the band as well as being Mike’s dad, and Erin, the Gibson’s sister. The closeness helped the brothers to create a disk capturing the immediacy and excitement of their stage performances. For this recording Eric and Leigh decided to record their famous duet singing live, face-to-face using a special microphone designed for such a purpose. “It’s not often that studio work makes the hair stand up on the back of my neck the way a song does on stage when it’s really on. The songs on this album do that,” says Mike Barber. Since each of the Gibson’s past three albums reached #1 on the Bluegrass Unlimited charts, that’s pretty high praise. Kyle asked whether the new recording approach helped keep a sense of on stage spontaneity. “I think so…real live music, kept real,” Eric responded. 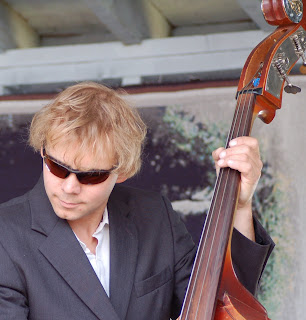 the Adirondacks along the Canadian border where they had grown up on a dairy farm. Although their early influences were in classic country music, they discovered bluegrass when their guitar teacher gave them the Flatt and Scruggs Carnegie Hall concert. Kyle talked about the maple syrup Eric had brought to the studio and then quickly uttered a disclaimer about any influence it might have on studio appearances or, for sure, air time. There’s clearly no payola at XM. They talked about the amount of rural country there is in New York State and Eric particularly mentioned his enjoyment of the annual Labor Day weekend festival at Thomas Point Beach in Maine.

Eric spoke with passion and enthusiasm about the title song for the album, “Iron and Diamonds,” telling how the miners in Lyon Mt., NY came out of the mines and played baseball on the weekends, giving them a chance to play the tough, hard baseball they were noted for. Town baseball in the North Country was a central part of the culture through the middle half of the twentieth century. The great Dodger pitcher Johnny Padres came from nearby Mineville. Eric’s love of regional culture and appreciation for the tough men who mined for iron until the mines closed in the early sixties came through clearly. His enthusiasm for the new recording and appreciation for the subjects of their songs comes through in everything they say about their work as well as in their recordings and performances. 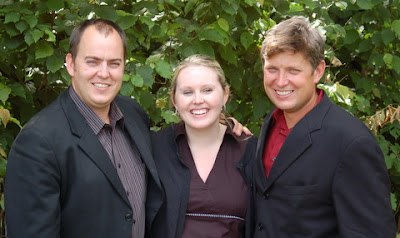 The interview offered truly interesting insights into the creative process of the Gibson Brothers. Eric, whose writing in the Gibson Brothers web site also provides thoughtful views inside the working and thinking of a top musician, came across as smart, creative, and delightful…just like the man we know.