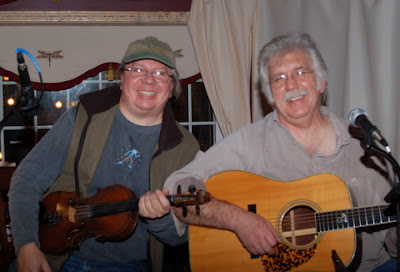 Thoze Gize are Rich Hamilton and Bob Dean, a duo singing old time, bluegrass, country, and lite rock who appeared at Fritz Belgian Fries in Keene, NH on Friday night. Fritz Fries, recently re-located to 45 Main Street in Keene from an out of the way location across town, is a pleasant little sandwich and beer/wine place with a small performance area, comfortable seating, and a tasty, but simple menu. Thoze Gize offer an enjoyable mélange of songs played and sung with verve and enthusiasm as well as considerable skill. The coffeehouse scene and their delightful music contributed to a most satisfying evening. 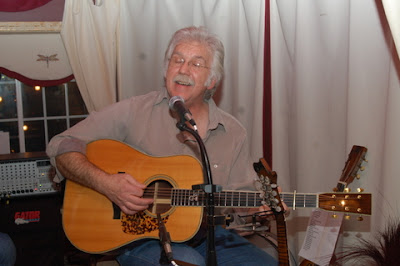 Bob Dean plays guitar and sings a melodious baritone and occasional falsetto harmony. Rich Hamilton plays old-time banjo and fiddle and contributes mostly harmonies as well as high lonesome leads. Their good sound acoustic sound amplified by a modest sound system filled the room without blaring, helping to create an appropriate environment. Thoze Gize’ song selection is eclectic, ranging from old—time songs and instrumentals like Old Joe Clark and Rabbit in a Log through Clapton’s “Layla”, Peter Rowan’s “Midnight Moonlight”, and (of all things) Neil Diamond’s “Sweet Caroline.” Their rendition of The Grateful Dead's “Fire on the Mountain” was particularly effective as was “I Know You Rider.” This song, actually collected by Alan Lomax and appropriated by the Dead is a good example of how traditional music moves into, changes, and is changed by its use in popular music. Another good Garcia song was “Friend of the Devil.” Those Gize also sang some traditional bluegrass songs like “Sittin’ on Top of the World,” “More Pretty Girls Than One,” and “Wild Bill Jones.” All-in-all their single long set was satisfying, varied, and fitting to the setting. Both men are also founding members of The Stillhouse Jammers, a bluegrass band playing a variety of New England venues including this winter’s Joe Val Festival. 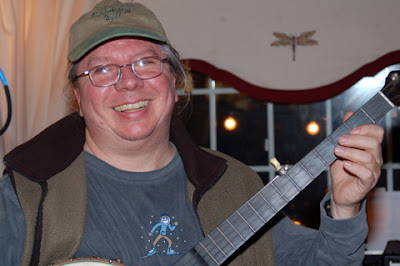 Fritz Fries offers a menu of a variety of tasty Panini and wonderful looking signature and design your own salads. Their fries accompanied by a variety of dipping sauces didn’t quite live up to their billing for me.. Nevertheless, the food is tasty and the atmosphere enjoyable. Beer and wine are sold. 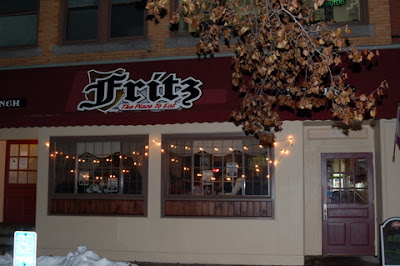 Thoze Gize will be appearing in New Hampshire and Massachusetts this winter. Look up their performance schedule on their MySpace page and give them a try. You won’t regret it.